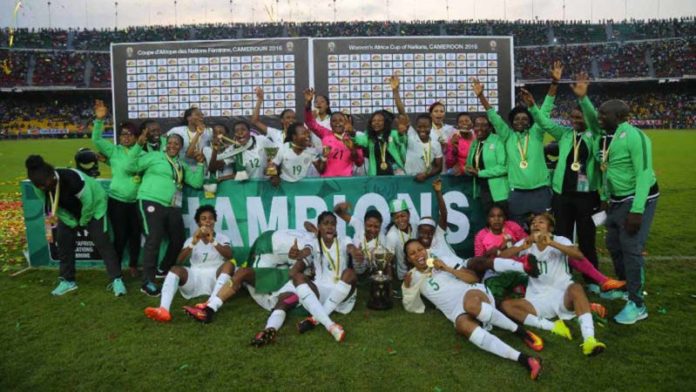 Nigeria’s Super Falcons will contend with Burkina Faso, Niger Republic and Mali in the group phase of the 2019 WAFU B Women's Tournament taking place in Abidjan between May 8 and 18.

The African Champions will play in Group B while host nation Cote d'Ivoire, alongside Togo, Senegal and Ghana will battle things out in Group A.

Next month's WAFU Women's Cup tournament will serve as the last preparatory competition for the Nigeria women's national football team before they fly to their final camp in Austria ahead of the 8th FIFA Women's World Cup finals in France.

Already, the Super Falcons have participated in tune-up tournaments in China, Cyprus and Spain, and pundits already rated the side as having the best preparation for the World Cup finals by the Nigeria Football Federation.

After the WAFU Women's Cup tourney, the nine-time African champions will stay two weeks at the Avita Resort in Bad Tatzmannsdorf in Austria putting finishing touches to their preparations, before arriving in France.

Nigeria are up against Norway at the Stade Auguste-Delaune in Reims on 8th June, before facing Korea Republic at the Stade des Alpes in Grenoble on 12th June and host nation France at the Roazhon Park in Rennes on 17th June.