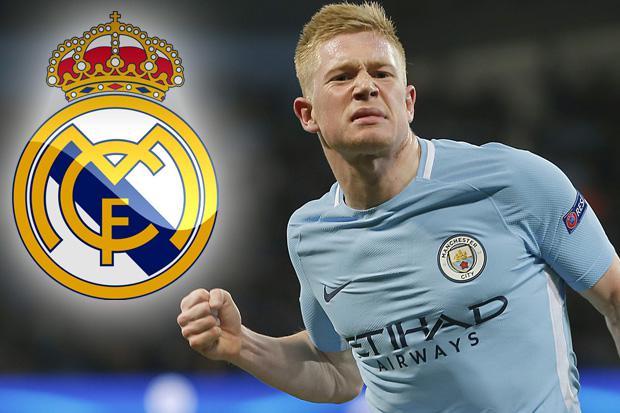 Kevin de Bruyne, who was being targeted by Real Madrid as a replacement to Modric, has rejected the club by verbally committing to Manchester City, according to reports.

The Whites have been looking at Eden Hazard plus Romelu Lukaku as potential signings in the summer.

Los Blancos have also been monitoring Kevin de Bruyne of Manchester City as they eye a Belgian evolution in their squad. However, it does not look like the former Chelsea midfielder is interested in making the switch.

Florentino Perez is a very big admirer of Kevin de Bruyne and wants him to replace Luka Modric at Real Madrid- who is now 33 and may even probably move to Inter Milan in the summer.

The Belgium international is one of the best players in the world and he has flourished under Pep Guardiola's system since arriving from Wolfsburg.

The Manchester giants rate the former Wolfsburg midfielder highly and have prized him at 200 million euros.

De Bruyne could have been a fantastic signing for Real Madrid given that he has experience, vision, goals and mentality but there is nothing that they can do about his rejection now.

Kevin de Bruyne’s contract at the Etihad Stadium runs until 2023 coupled with a terrific relationship with his manager as well.

The main for rejecting Real Madrid is because Kevin de Bruyne feels that Manchester City have a lot of ambitious projects in mind, whereas the Meringues are going down as a club since Ronaldo left.