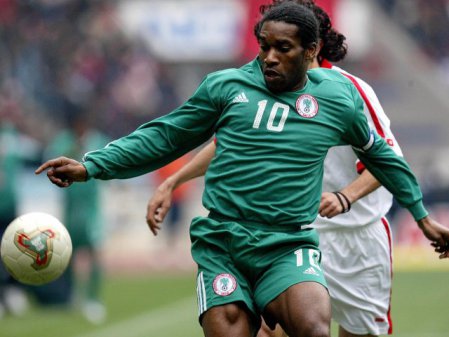 Ex-Super Eagles captain, Austin ‘Jay Jay’ Okocha’ says one of the reasons he retired from playing football was lack of enough playing time.

The midfielder decided to quit the round leather game that gave him so much fame and fortune in 2008 at 34 after playing in Germany, Turkey, France, England, Qatar.

“I must confess that [not getting a lot of playing time] was one of the main reasons why I retired from playing at a very young age,” Okocha told media men.

“I believe that it is not worth it to train from Monday to Friday just to have 20 minutes on the pitch or sit on the bench on Saturday. I am very competitive.”