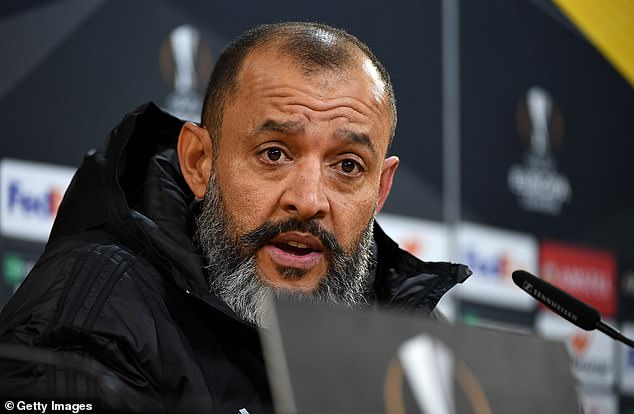 Madrid will try to land the Wolves coach if Simeone is plucked from them by Paris Saint-Germain.

The Portuguese boss Nuno, 46, has impressed with his superb work in both the Premier League and Europe.

He already had a strong reputation for his work with previous club Porto and has enhanced it at Wolves.

The Spanish club will fancy their chances of persuading him to jump ship as they have a line in through their connections with agent Jorge Mendes.

But fiery Simeone’s future is the key to the drama.

He is strongly fancied by PSG, who are considering a change. The French club currently have German Thomas Tuchel in charge.

Argentinian Simeone could be tempted by the riches on offer in Paris if approached.

And that would leave Atletico taking aim at Nuno.

He has worked wonders at Wolves since arriving in 2017 and could even win the Europa League.

But the chance of regular Champions League football in Spain will be hard to turn down.