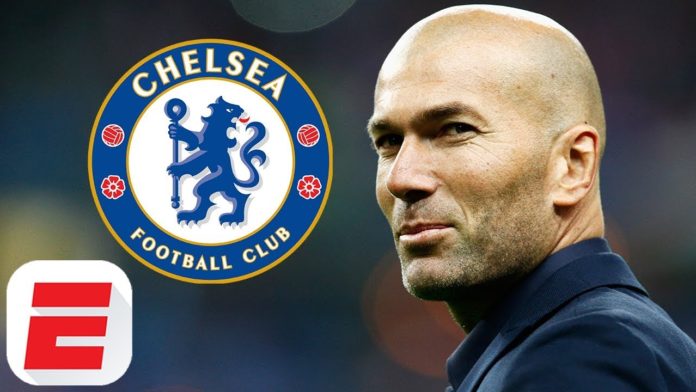 Zidane quit Real Madrid at the end of 2017/18 season to take a sabbatical from football and evidently, Los Blancos are clearly missing his impact.

Chelsea went through a managerial change like Real Madrid when they hired Maurizio Sarri at the start of current 2018/19 season.

The Blues are currently sixth in the Premier League, which is below the expectations of club hierarchy.

Despite starting well, Maurizio Sarri has recently faced criticisms after Chelsea dropped out of top 4 spot in the Premier Leagues.

Zidane is one of the possible destinations for Chelsea as there are some serious doubts circulating over the future of current Chelsea coach, Maurizio Sarri.

According to the report, the French coach has established some key conditions for taking over at Chelsea.

The conditions include a transfer budget of €200M and Chelsea's talisman Eden Hazard staying at the club.

The former Real Madrid coach has also requested that he works closely with Marina Granovskaia, one of the club's directors and a key individual involving player acquisition at the football club.

Zidane wants to use the transfer budget wisely and develop a squad that he feels can enable the club to challenge for titles in all competitions.

Chelsea will focus on regaining their place in the top four when they face Manchester United tonight in the FA Cup.