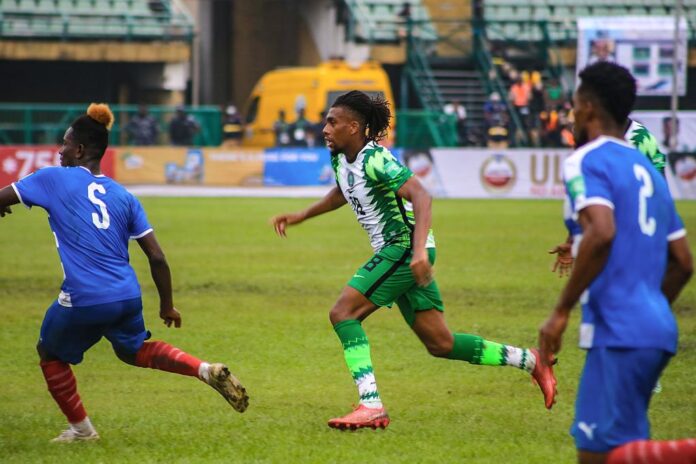 Super Eagles midfielder, Alex Iwobi has been ruled of the Nigeria's 2022 World Cup qualifiers against the Central Africa Republic (CAR) due to injury.

The Nigerian international who has been impressive this ongoing season for Everton in the Premier League under manager, Rafa Benitez is also expected to miss today's game against Man United at Old Trafford.

In his pre-match presser, Benitez said the Nigerian playmaker is a doubt for the trip.

“Alex has a little problem and I don’t know if he will be available for tomorrow,” said the Everton Boss.

Lorient striker, Terem Moffi has been called on to replace him.