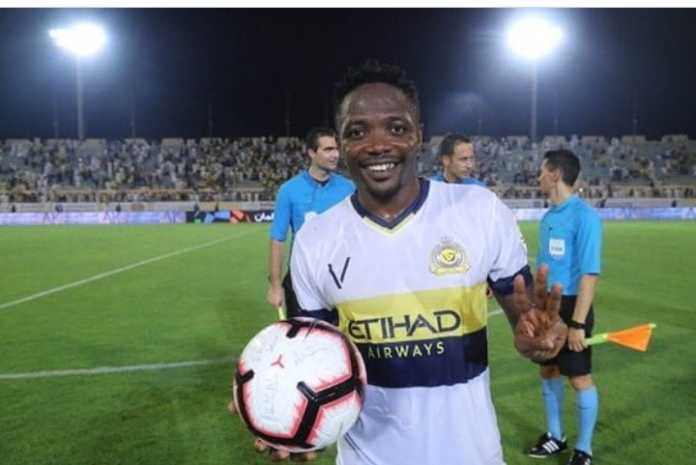 Al Nassr secured a 3-0 win over Al Quadisiya on match day three in the Saudi Pro League on Wednesday evening, with Nigeria’s Ahmed Musa scoring all the goals at the Prince Saud bin Jalawi Stadium.

Since moving abroad in 2010 from Kano Pillars, the Super Eagles striker had not managed to score a hat-trick for the teams he represented (VVV Venlo, CSKA and Leicester City) in a competitive fixture until his treble today against Al Quadisiya.

The ex-Leicester City striker opened the scoring in the 21st minute with a shot from just outside the box after receiving a through pass from Hamdallah.

He doubled the lead five minutes before half-time and Al Quadisiya's hopes of mounting a comeback ended when the Super Eagles assistant captain scored again in the 66th minute.

Thanks to Musa's hat-trick, Al Nassr provisionally top the standings with a hundred percent record in their first three matches of the new season.

Musa and his teammates will be up again on Monday evening for a home game against Al Taawon.