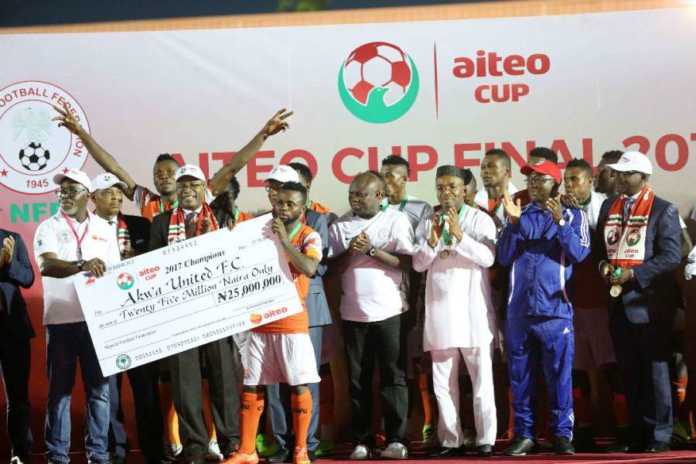 Coach Abdul Maikaba says he is ‘undecided’ about being in charge of Akwa United FC in the upcoming 2019 NPFL season.

The Akwa United FC head coach who led the club to victory in the 2017 Federation Cup,  in an exclusive interview denied that he had parted ways with the club.

“Right now no decision has been reached,  currently am writing my season report, after which both parties will sit down and talk,” Maikaba told Diegwu Sports.

Maikaba went on to announce that his contract will expire at the end of the season but declined to say whether he will stay next season or not.

“As I said,  both parties will still sit and revaluate my performance so far.

“I want to remain at the club but there are some conditions the club will have to meet if we have to continue,  so far it’s been a wonderful journey and am grateful for the support I have received so far from the club management,  my players and the fans.”

Akwa United bowed out of the 2018 Federation Cup in the quarter-final,  losing to Rangers International.