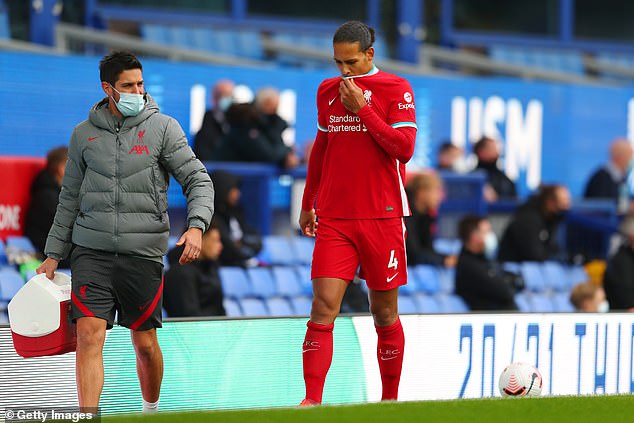 Virgil van Dijk suffered a knee injury in the clash against Everton and will undergo surgery – but how many games will the Liverpool defender miss?

Everton goalkeeper Jordan Pickford clattered into the Dutch defender in the first half and he was unable to continue.

After the match, Liverpool boss Jurgen Klopp said: “Virgil played I don't know how many games in a row.

“He plays with pain, but he couldn't play on. That's not good.”

So, how many games will Virgil van Dijk miss?

However, the club did not provide a timeframe for his recovery so it not known exactly how long the centre-back will be out of action.

“Van Dijk was required to be substituted and further assessment on the injury has revealed an operation will be needed.

“No specific timescale is being placed upon his return to action at this stage.”

After his surgery, the 29-year-old will start a rehabilitation programme.

He will work with the Reds' medical staff as the club look to “enable him to reach full fitness as soon as possible”.

Damaged knee ligaments can take many months of recovery.

According to the Athletic, the Dutchman could be out for the rest of the season.

This is obviously a huge blow to Liverpool, with Van Dijk not missing a minute of Premier League football since September 2018, a run that stretched 74 games.