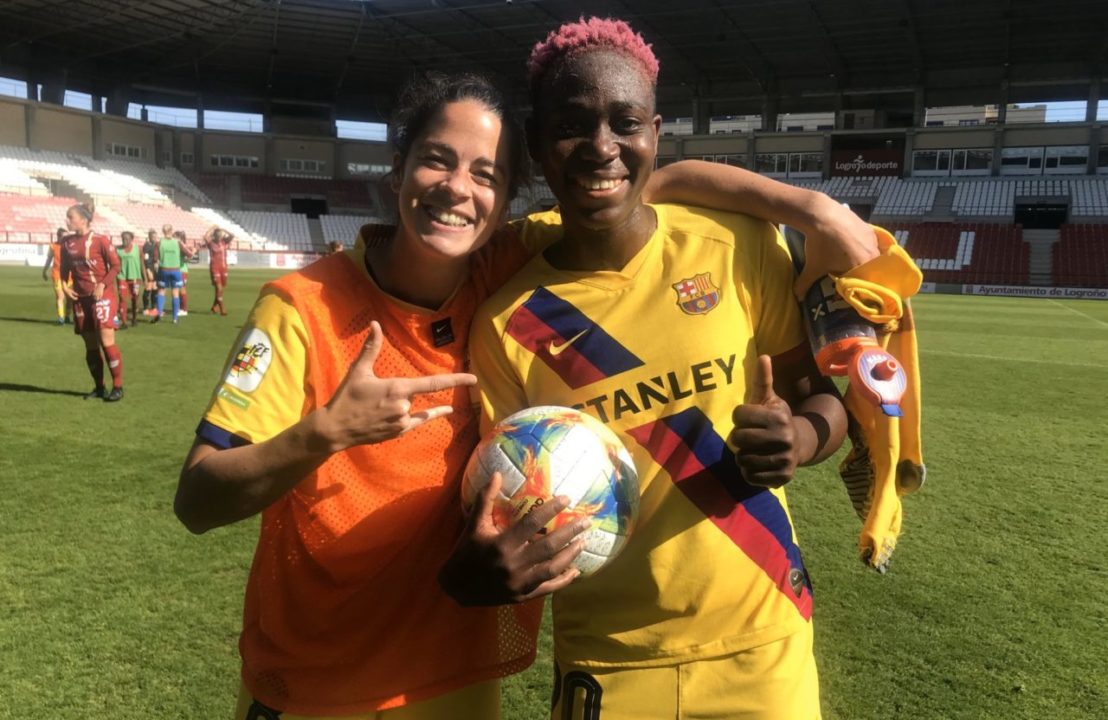 Super Falcons of Nigeria forward, Asisat Oshoala just doesn’t seem to know how to stop scoring goals for her club.

Oshoala expressed her delight with her exploits Barcelona Feminine after bagging a hat-trick on Saturday.

The striker scored the entire half of his team’s six goals against Logrono to extend their advantage on the league table.

After going three goals ahead in the first half,  Oshoala added their further goals in the second half to take her league tally to 20.

The Nigerian international, however, took to her social media handle to express her happiness after the game.

Asisat Oshoala was voted the woman of the match and was awarded the match day ball.

June 27, 2022
February 23, 2020
Home Leagues and Cups Asisat Oshoala Gets Another Hat-Trick For Barcelona