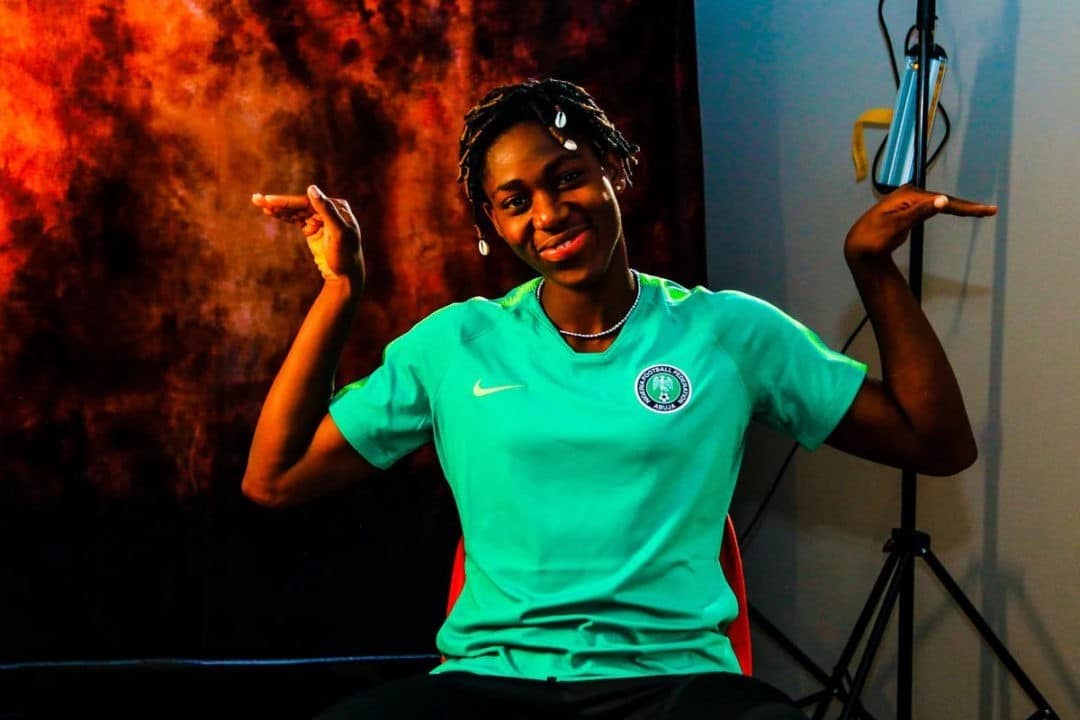 Asisat Oshoala has been named the new captain of the Super Falcons, replacing Desire Oparanozie.

The change was announced by the acting coach of the Falcons, Christopher Danjuma, on Tuesday.

In a video posted on the Falcons official Twitter page, which was also re-tweeted by the Nigeria Football Federation handle, Danjuma urged the Falcons to cooperate with their new captain.

While addressing the players, Danjuma said, “We need you to be focused. You are in this squad because of your ability.

“The leadership of the Falcons has decided to change your leaders.

“Oshoala is now your captain. As for the assistant captain, that will be dealt with later.”

When asked about the appointment, he said, “Yes, she is now the new captain.”

WATCH: Messi’s Son Converts A Penalty, Celebrates Like His Father