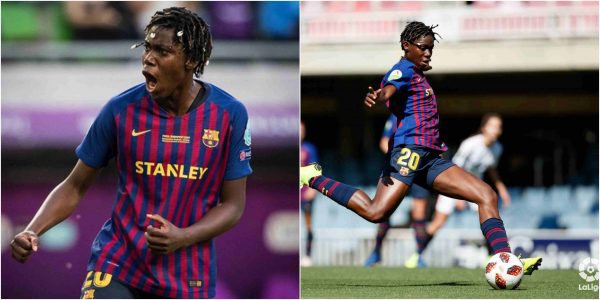 Oshoala, who signed a permanent deal before heading to the Women's World Cup in June, reunited with her teammates in Spain on Wednesday.

Mariona, who started the game, netted a hat-trick as Hamraoui and Vicky Losada got a brace each, while Marta Torrejón, Jenni Hermoso, Graham and Bonmati Aitana all scored once before Oshoala came on as a substitute and scored a hat-trick in the one-sided warm-up encounter.

The FC Robo product, who scored eight goals in 11 matches last season, will be hoping to excel this term in Spain.

The 24-year-old Oshoala will make a return to North London as her former club Arsenal take on Barcelona in a pre-season club-friendly.