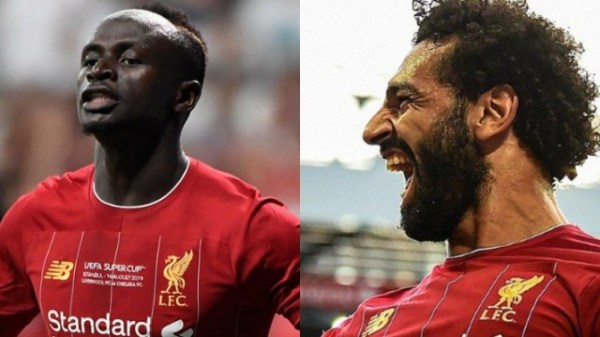 Chelsea legend Didier Drogba has revealed two players he will be supporting to emerge winners in the 2019 Ballon d’Or.

The 30-man shortlist for this year’s Ballon d'Or was revealed on Monday, October 21, by France Football and the winner will be made public on December 2.

Sadio Mane and Mohamed Salah are among five African football stars who made the 30-man list of nominees for the Ballon d'Or award.

Interestingly, Real Madrid playmaker Luka Modric who won the award in 2018 and Neymar were surprise exclusions.

Congratulations to Senegal and Algeria for making it into the @caf_online final in Cairo. They won against two brave teams like Tunisia and Nigeria Enjoyed being on air with @timesportson #egypt #afcon2019

In an interview on the sets of L'Equipe moments after the nominees were published, Drogba declared his support for the duo of Mane and Salah to win the most prestigious award.

“Mo Salah and Sadio Mane … my two darlings,” stressed the ex-Ivorian striker when asked who he will be supporting.

Drogba will have the honour to present the Ballon d'Or 2019 to the winner at the Theatre du Chatelet in Paris.

See Also | Messi Asked To Name Five Best Footballers In The World – Guess Who They Are?