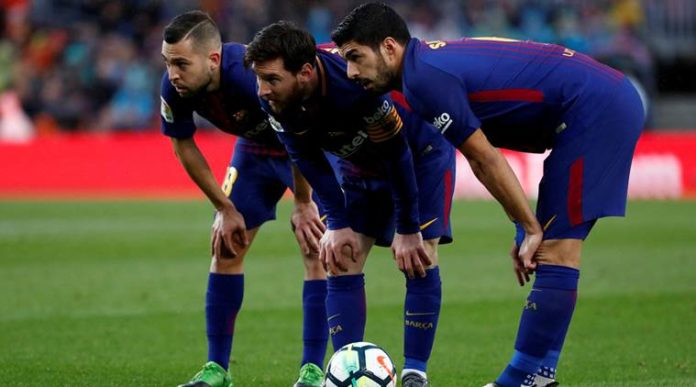 Barcelona are planning a shock €110 million summer bid to sign Atletico Madrid midfielder Saul Niguez, who is also a target for Chelsea, according to a report.

Spanish publication AS claim Barcelona have reignited their interest in Saul Niguez.

Barcelona are plotting a €110 million bid to sign the Atletico Madrid midfielder in the summer transfer window, with Chelsea also eager on securing his services.

Saul Niguez has come a long way since breaking into the Atletico Madrid first-team setup at the nascent age of just 17.

As per the report, Barcelona and Chelsea are the current serious admirers of the player.

Los Rojiblancos are unwilling to sell the Atletico Madrid superstar to their rivals, if push comes to shove, meaning Chelsea could have the advantage over the La Liga champions, especially considering they are also ready to meet his €150 million release clause.

As at now, the race to sign Saul remains in the balance, and it remains to be seen where the player heads off to in the summer, should he indeed depart the Wanda Metropolitano.