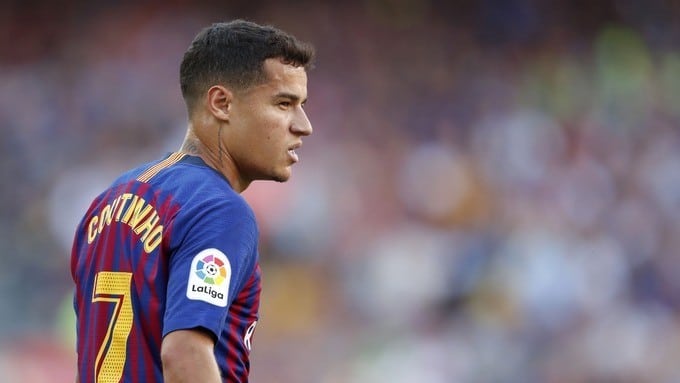 As Barcelona winger Philippe Coutinho’s time in Catalonia nears a gloomy end, the club have shortlisted a “No. 7” to replace him in the next season.

Next season, the Brazil international will not only be axed of his No. 7 jersey but potentially also his role at Barca.

Coutinho has been linked with a sensational return to the Anfield while there are rumoured offers from Manchester United as well as Paris Saint-Germain and both teams consider him to be a worthy player.

According to Diario GOL, the Catalans have already shortlisted their next No. 7 in Atletico Madrid striker Antoine Griezmann.

Griezmann has said that he will consider offers during the summer due to the lack of winning opportunities in the Wanda Metropolitano.

Also, the exit of Diego Godin and most likely outgoings of others is a driving force.

Antoine Griezmann’s release clause was previously projected to be about 200 million euros, but it later got resolved that only 120 million euros would be paid by any club interested in signing him.

The No. 7 which the World Cup winner wears at Atletico Madrid and France is already waiting at the Camp Nou for him as the deal probably would go through this year.

Do you think anyone else might be a worth No. 7 apart from Griezmann?