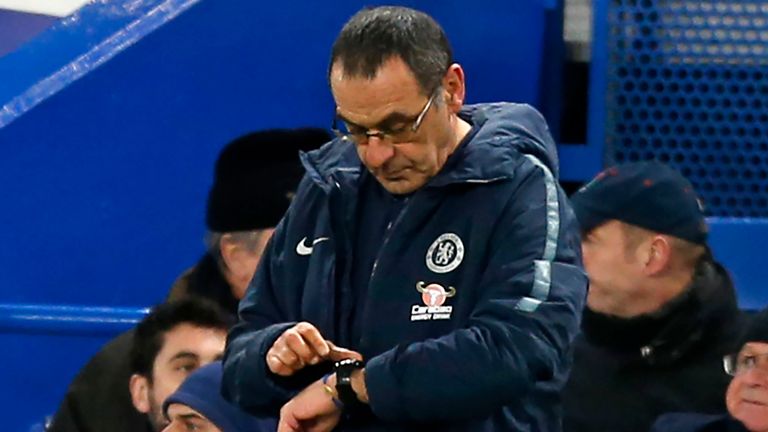 Chelsea shareholder Hasan Nagoor has posted what seems like a goodbye to Blues manager Maurizio Sarri on Instagram.

In the image below, the Chelsea chief may be reacting to inside information on Sarri amid growing talk of the Italian tactician returning to Serie A with Juventus.

Nagoor is a Saudi businessman and lifelong Chelsea fan, though it’s not completely clear how long he’s been a shareholder at Stamford Bridge, though there is an article in Majalla dating back as far as 2017 discussing his investment in the club.

Still, following other news such as one from Tuttosport claiming Cristiano Ronaldo is looking forward to working with Sarri at Juve, it’s reasonably logical to put all these together and assume the former Napoli boss really is on his way out.

‘For us Italians, the lure of going home is strong,’ Sarri recently told Vanity Fair. ‘You feel that something is missing. It was a heavy year. I began to feel the weight of distant friends, my elderly parents who I rarely see.’ 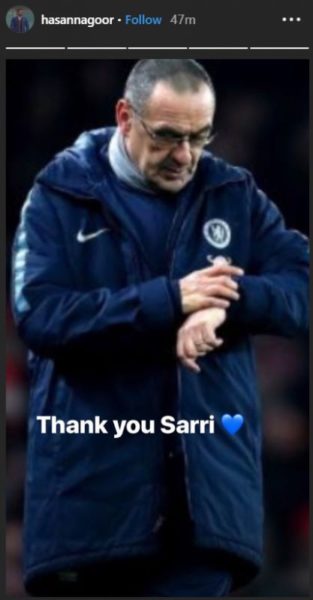 Meanwhile, the Daily Mail have recently claimed Frank Lampard could be on his way back to Chelsea to oust Sarri as manager as his current club Derby County are preparing for his departure.