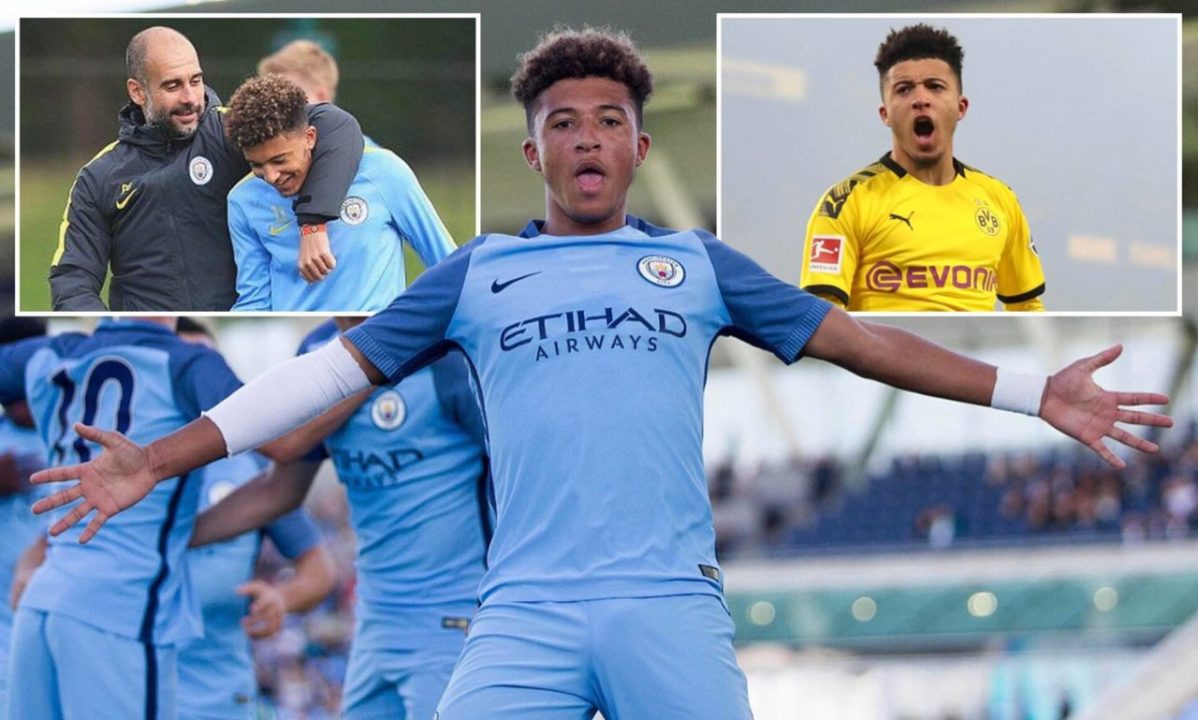 However, the BVB youngster should have a Plan B ready should the Red Devils withdraw from the transfer poker, according to The Sun.

Accordingly, the England international can also imagine a return to his former club Manchester City.

Sport BILD reported that Borussia Dortmund has not yet received an official request or offer for Jadon Sancho.

Manchester United, in particular, has been linked with the 20-year-old young star for months.

Sancho himself is said to prefer switching to the Red Devils. However, if this does not work out, could we Jadon back with the Cityzens?

If you wish to bet on this transfer, then you can find a number of fantastic free bet offers that will allow you to stake money on Jadon Sancho returning to Manchester City.

Are Man City looking at Sancho as a replacement for Sane?

According to information from The Sun, Manchester United continues to be Sancho's ideal choice. However, the 13-time Premier League Champions could withdraw their interested in Sancho due to financial problems. If this happens, Sancho could turn to United’s city rivals..

For a comeback with the Cityzens, the Dortmund forward would have to bury the hatchet with Pep Guardiola.

For Manchester City, however, Sancho could be of particular interest if Leroy Sane switches to Bayern Munich.

The problem: Similar to United, City has to shift down a gear when it comes to transfers. The Sky Blues recently had massive problems with financial fair play and a mega transfer like that from Sancho would also be difficult to achieve for City.

Sancho will move to the Premier League

Ex-professional Dietmar Hamann firmly believes that Jadon Sancho will move to the Premier League when looking at the upcoming transfer window.

Despite the corona crisis, there is still a market for the BVB star. Ex-professional Dietmar Hamann hopes that “some sense will come into the English Premier League”, as he said in an interview with Bild am Sonntag: “The 20 clubs in the league had around 670 million euros last season before the Corona crisis. Perhaps less transfer fees and smaller salaries will now be paid for players across the board. “

Nevertheless, he assumes that there will continue to be a market for top players like BVB star Jadon Sancho. “He is just too good to wait another year for him,” said Hamann of the 20-year-old offensive player. The English international has been linked with Manchester United over the past few months. TV expert Hamann describes this option as “the most likely”.

According to English media reports, BVB continues to demand around 130 million euros. The ex-professional of Liverpool FC explains how the clubs from the Premier League could afford such a transfer despite Corona: “Many clubs have investors … They can dig into their pockets to make up for a deficit. Of course, there is in England which has absurdly high TV revenues, but the investors are giving the clubs completely new opportunities. “