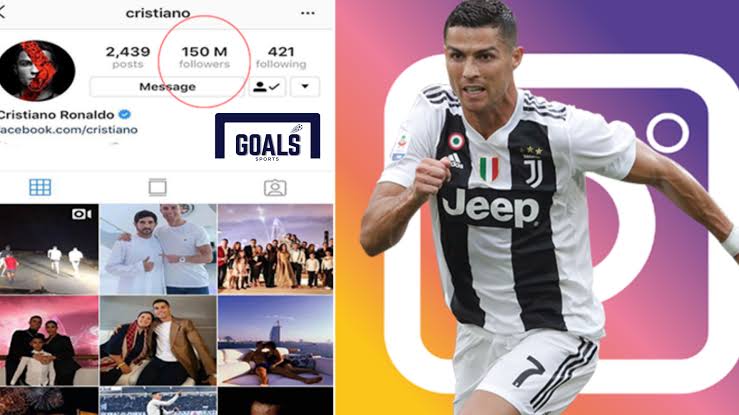 Cristiano Ronaldo has emerged the highest-paid celebrity on Instagram beating the likes of Lionel Messi, Zlatan Ibrahimovic, Neymar and Ronaldinho.

The Juventus star made earned a staggering £38million on the social media platform last year which doubled that of his long-time rival Messi.

A recent study shows that out of the major celebrities around paid to promote products on Instagram, the 34-year-old Ronaldo has been the highest earner by far.

A number of posts from last year was looked at by the authors of the study Buzz Bingo, and it proved that Ronaldo's 34 sponsored posts earned £38.2m making it £780,000 per post.

SEE ALSO: Okocha Opens Up On Why He Retired From Football Early

Reality TV star Kendall Jenner is the third with £12.7m at £489,000 per post while retired footballer David Beckham is ranked fourth.