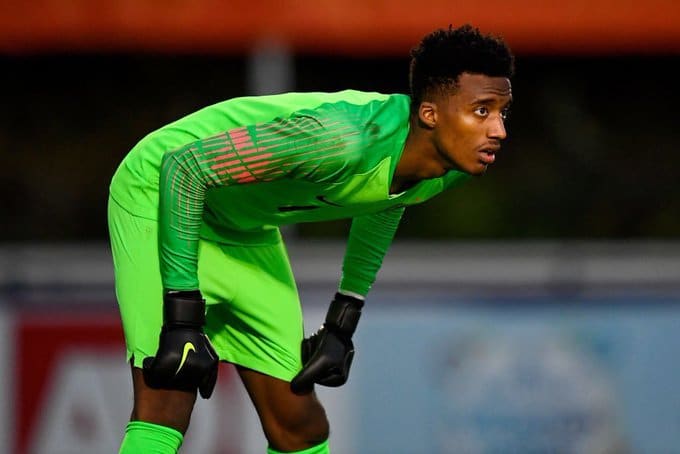 The promising West Ham goalkeeper has been called up to the Golden Eaglets squad, ahead of the 2019 FIFA U17 World Cup.

The 17-year-old has accepted the invitation to attend the get-together in Abuja, but the Hammers have the final say, since the training camp which begins on Tuesday, August 13 is not on the FIFA calendar for international activities.

Jinadu played for the youth teams of Chelsea, but moved to West Ham in December 2017 and made his debut in the U18 Premier League at the age of 15 as a schoolboy.

The Golden Eaglets coaches had been searching for a reliable goalkeeper after the team conceded 13 goals in the zonal qualifiers and U17 AFCON in Tanzania.

Jinadu has caps for England at U15 and U16 levels, but he’s not provisionally cap-tied to the European nation.