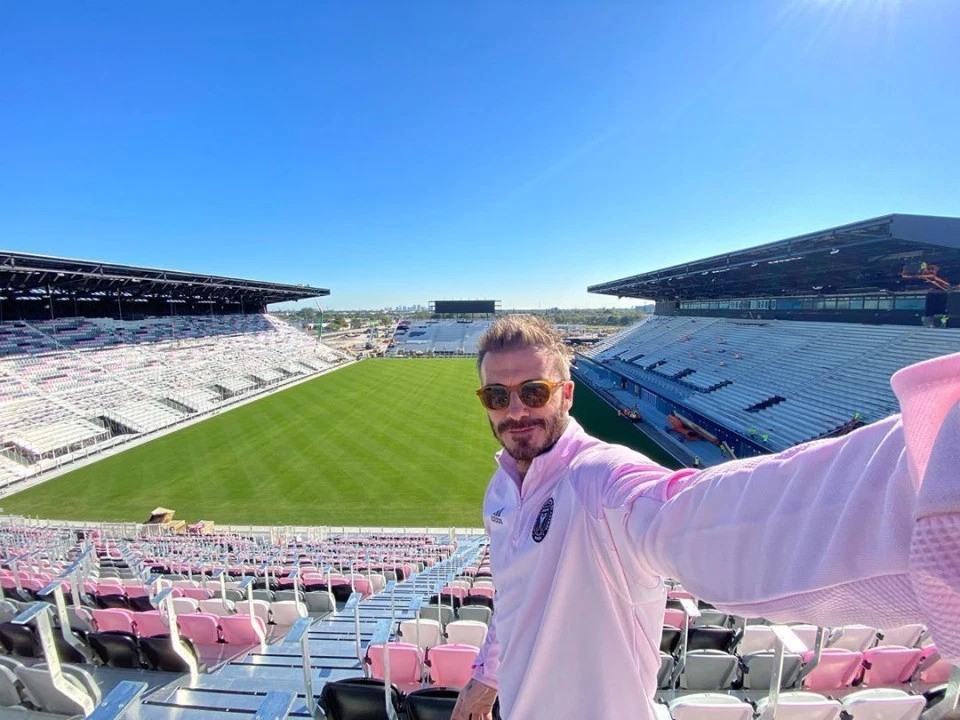 David Beckham has shown off the inside of Inter Miami's new PINK stadium.

The ex-Real Madrid star admitted his “dream” is becoming a reality as his new team are set to make their MLS debut in less than two months.

JUST IN: Olga Diyachenko Slams Nigerians Over Separation with Mikel

But the England legend proved the £50million project is close to completion with his latest Instagram pics.

The 44-year-old – who spent five years in the MLS with LA Galaxy until 2012 – posed for a selfie from the stands, showing off the pitch in all its glory.

Beckham has decided to kit the ground out in the club's colours of pink, white and black.

The former Manchester United star also shared a series of snaps with his 60.6million Instagram followers which showed inside of the 18,000 capacity ground.

Alongside a clip of one of the main terraces, Beckham wrote: “The dream is becoming reality @intermiamicf.”