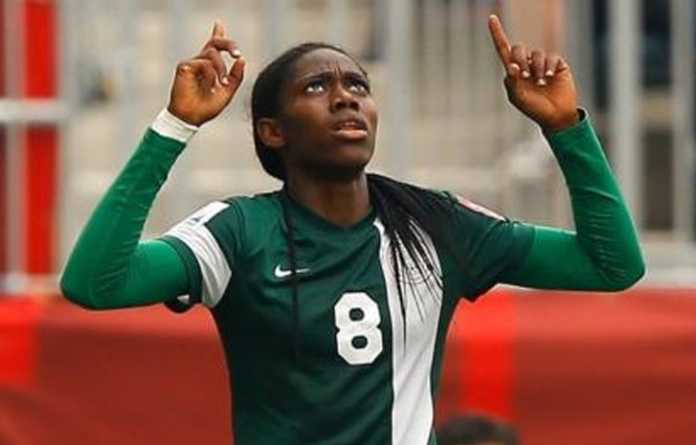 Super Falcons striker Asisat Oshoala has resolved that their today's second Group B game at the ongoing 2018 Women's Africa Cup Of Nations against Zambia is a must win.

The eight-time champions are on the verge of an early exit from the competition following their shock 1-0 loss to the Banyana Banyana of South Africa in their opening Group B match last Sunday at the Cape Coast Stadium.

It was the first time the Falcons lost an opening group match in the history of the tournament.

Oshoala who was one of the quite a few players who performed below par against South Africa admits it's win or bust for her and her teammates in the match against Zambia.

“It's MAKE or BREAK day for us ????????,” the three-time African Women's Player of the Year tweeted on her Twitter handle.

The reigning champions must beat Zambia to brighten their chances of qualifying for the semi-final of the 2018 Women's Africa Cup of Nations in Ghana.

In the other Group B clash, South Africa will be aiming for their second win of the tournament in Ghana when they take on Equatorial Guinea who lost 5-0 to Zambia on matchday-1.