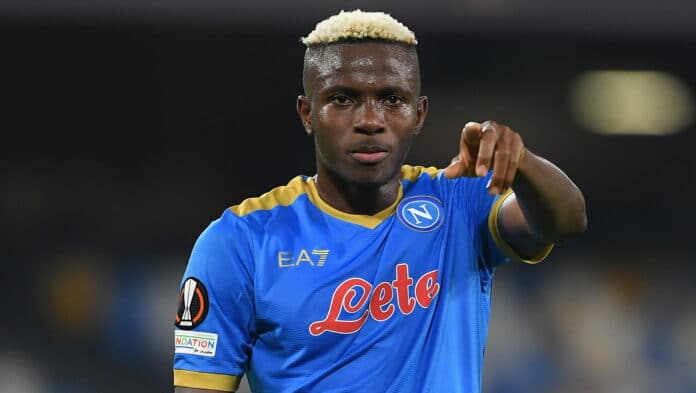 Italian football pundit Enrico Fedele has praised 23-year old Nigerian forward Victor Osimhen and claims that he has all he needs to be among the world's best strikers.

Osimhen has had an up-and-down career since moving to Europe from Nigeria over five years ago. However, a move to LOSC Lille helped stabilise his career and since then, the Nigerian has been in the discussion as one of the best in the world.

Since moving to Napoli, he has been more in the limelight and many European clubs have reportedly shown interest in signing the Nigerian to lead their attack.

Now in his second season at the Italian club, he has become a fan favourite at the estadio Diego Armando Maradona and Fedele believes that Osimhen is going places.

“We are talking about an athlete lent to football,” Fedele said of Osimhen, according to Napoli-based football media, Area Napoli.

“The Napoli striker has great physical qualities, but with a technique to be completely refined. I am convinced that if he improves, he can become one of the best strikers in the world.”

Fedele, who left management for punditry, also believes that too much praise of the former Wolfsburg forward could get to his head now that he is still in his developmental stages.

“I agree that he has qualities, but we cannot exalt him too much at the moment,” Fedele added.

Osimhen is Napoli’s leading goalscorer in the Serie A with seven goals and in the Europa League with four goals. A serious facial injury which saw him being sidelined for two months slowed him down this season but since returning, he has shown Napoli what they missed while he was injured.

With less than 15 games to go in the league, Osimhen could still prove vital in their top-four race and hunt for UEFA Champions League football next season.