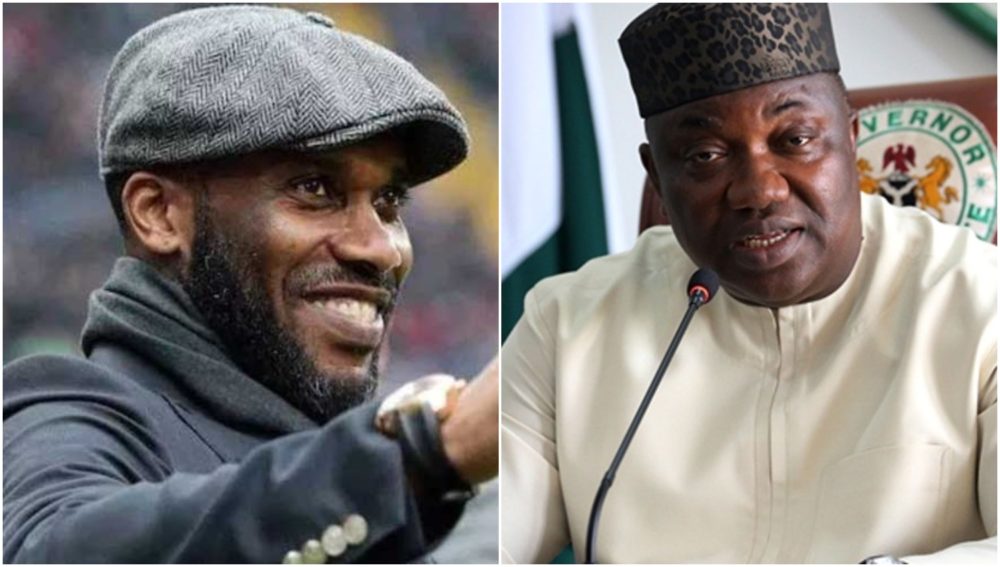 Former Super Eagles star, Austin Okocha has been appointed by the Enugu State governor, Ifeanyi Ugwuanyi as the technical adviser of youths and sports committee.

SEE ALSO: Okocha Opens Up On Why He Retired From Football Early

According to Soccernet.ng, Okocha was part of the five sectoral committees inaugurated by Gov Ugwuayi on Monday at the State House.

The 1994 Nation Cup and Atlanta Olympic gold winner is expected to work alongside former Director-General of the Nigerian Broadcasting Commission (NBC), Mr Emeka Mbah, who is the chairman.

It should be recalled that Gov. Ugwuanyi recently inaugurated the first batch of seven ad-hoc committees in the sectors of education; health; public service reform; security; justice; water and chieftaincy/ community matters.