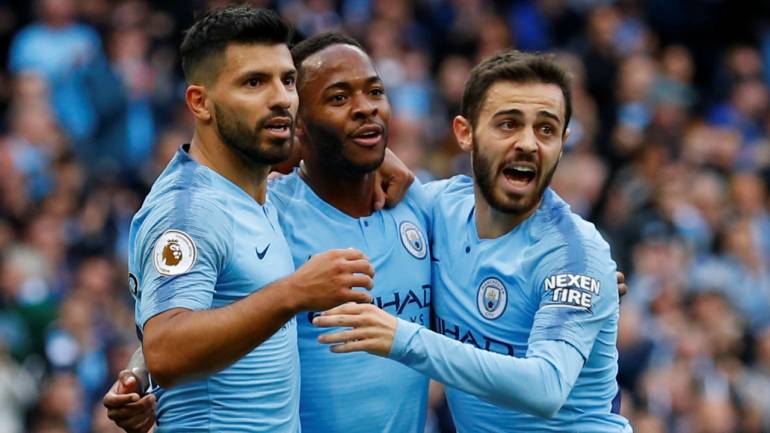 All Manchester City need against Brighton & Hove Albion on the final matchday is victory so they can successfully retain their Premier League title.

Manchester City and Liverpool have put up a battle for the ages in what has been one of the most incredible title races in years and a conclusion will be arrived at this Sunday.

Pep Guardiola’s side are at present a point ahead of their challengers and a win against Brighton & Hove Albion this afternoon at the Amex Stadium will help them successfully defend their Premier League crown, regardless of Liverpool’s result against Wolverhampton Wanderers.

Having been knocked out of the Champions League, City will be keen on ending the season with a domestic treble.

A win will guarantee Manchester City their fourth Premier League title and sixth overall in the English top-flight. They would be the first team to retain the crown since Manchester United in 2008-09.