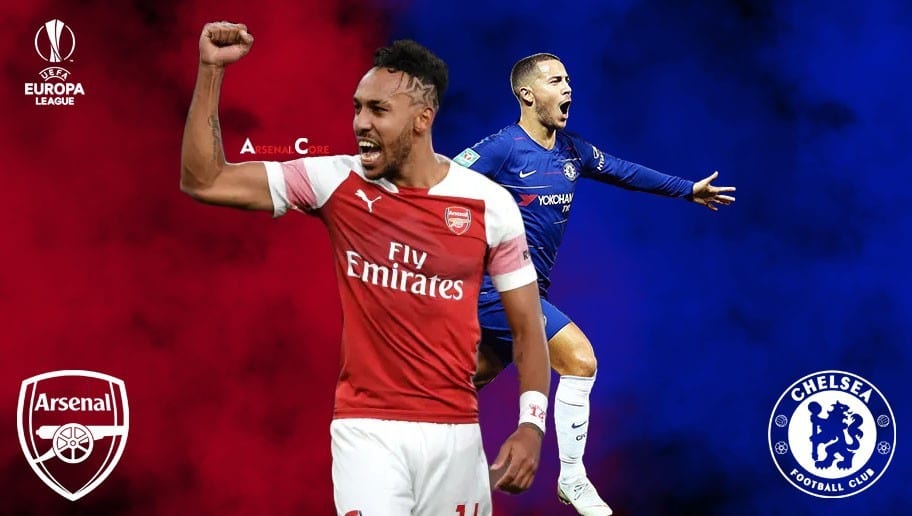 Arsenal and Chelsea take a London derby to new territory tonight when they battle the Europa League Final in Baku.

The Gunners are chasing their first piece of silverware since Unai Emery took over from Arsene Wenger at the start of the season but must defeat the Blues in Baku.

A win against Chelsea will also secure Champions League football next season, meaning there is plenty riding on Arsenal's final game of the campaign.

For the Blues, the prize is a first, and possibly the last trophy for manager Maurizio Sarri during his time at Stamford Bridge, while Arsenal can grasp a return to Champions League football after two absent seasons with their first European trophy in 25 years.

The two London rivals will meet in Azerbaijan as they battle for glory in Europe's second-biggest competition.

Chelsea have already sealed qualification for the Champions League by finishing third in the Premier League, but the Blues will want to end his first season in charge in style.

The Gunners qualified for the final after defeating Spanish side Valencia in the semi-final 7-3 on aggregate, while Maurizio Sarri's men scraped past German side Eintracht Frankfurt on penalties after a 2-2 aggregate score.

Arsenal vs Chelsea in the Europa League final kick-off is scheduled to start at 20:00 BST.