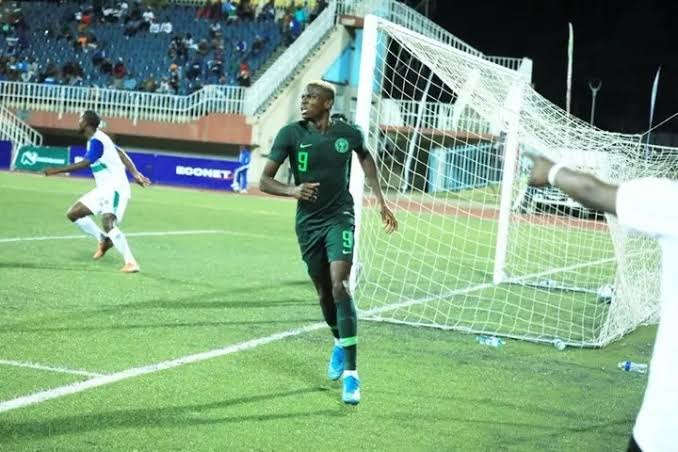 Former Nigerian goalkeeper, Peter Rufai has urged Super Eagles striker, Victor Osimhen to focus on his game and ignore the praises been showered on him in the media.

Rufai stated this on the backdrop of various encomiums from former Italian players due to his goal scoring performance in the colours of Napoli in the Serie A.

Recall that the Nigerian international scored an 81st-minute winner as Napoli beat Torino 1-0 on Sunday to return to the top of the Serie A table and register a record-equalling eighth win in eight league games.

It was Osimhen’s fifth goal in seven appearances so far in the Italian elite division this season.

In a chat with Goalballive, the 1994 Africa Cup of Nations winner state that Osimhen has more to learn than the praises they are given him.

“There is no doubt that Victor Osimhen is the talk of the moment in the Series A and in Nigeria. I have read different comments about him and I think he merited it.

“However, it is too early for people to start blowing his trumpet considering the fact that he is a young player that has plenty to learn. At this point, Osimhen should focus on his game and allow his goal scoring performance to be doing to the talking.”