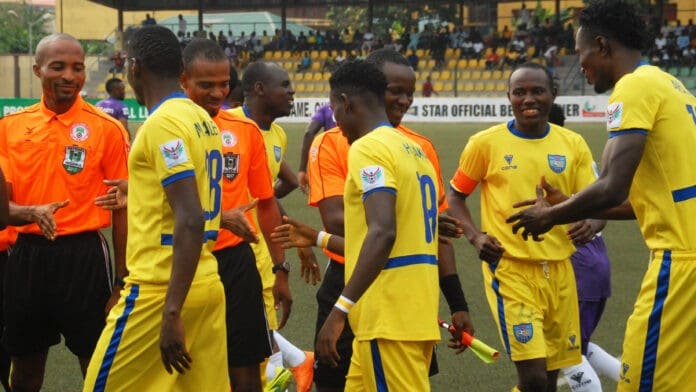 Ahead of the kick off of the 2020/2021 Nigeria Professional Football League (NPFL), Gombe United Football Club have signed and unveiled twelve players.

According to the chairman of the club, Dr Larry Daniel more players would be recruited to bolster the squad.

Dr Larry Daniel explained that the technical adviser has identified some positions that need reinforcement and the management of the club is doing everything humanly possible to achieve that.

The Gombe United boss further explained that the Savannah Scorpions are back to their rightful place and they are building a team that will fight for the NPFL title this season.

The Secretary of the club Labiru Garba and board members: Abubakar Yellow, Alhaji Bappah Burah and Bulus Plando also re-echoed their resolve to make Gombe United title contenders and applauded Governor Inuwa Yahaya for his relentless support to the club.

The technical adviser of the club Aliyu Zubairu appreciated the management of the club for the support and encouragement and called for more in that direction.

The newly recruited players are: