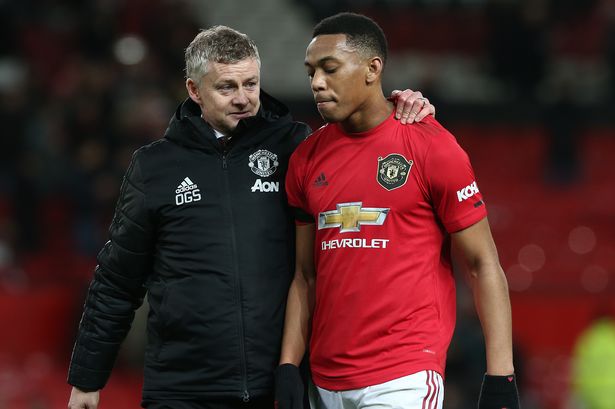 Dimitar Berbatov has responded to the criticism of Anthony Martial in particular and admitted that he is lacking in one area.

Paul Scholes had said earlier this week that although he is a fan of the France international forward’s options of Marcus Rashford, Mason Greenwood and Martial – none of them can play as an ‘actual' centre forward.

Speaking to Betfair , the 2010/11 Premier League Golden Boot winner said: “I saw some comments from Scholes and he was critical of Anthony Martial, and my opinion of Martial is well known now. He may never be the out and out number nine, he prefers to come in from the wing, doing his tricks, and drawing fouls.

“The only criticism is that he isn't as consistent as he could be. He isn't brilliant in every game, and until he is consistent, it is hard to describe him as world class.

“It's what separates the good players from the great ones. You look at Ronaldo and Messi, they scored lots of goals every season for 10 years.

“When you're at a big club, and you don't perform consistently, you will have critics. We must remember, Martial is playing with 10 men around him, so it isn't just him underperforming.

“It can be difficult for the type of player that Martial is to stand out when he isn't getting the support from around his team, and the poor team performance will make him look worse.”