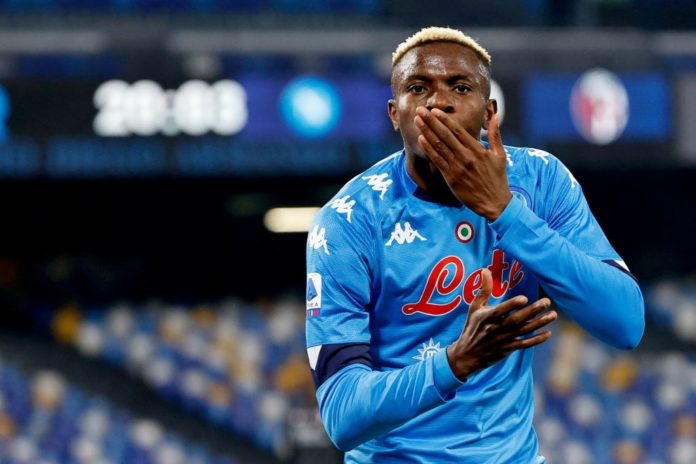 The 22-year-old Nigeria international came to the rescue of Napoli after he scored two second-half goals to earn his side a point from the Group C battle at King Power Stadium in the Europa League.

It was Leicester who took an early lead through Ayoze Perez and doubled their advantage on the hour mark through Harvey Barnes, but an improved second-half display saw the visitors level proceedings courtesy of Osimhen, who scored from a well-worked team goal before heading in the second after a cross from Matteo Politano.

Reacting after the game, the Nigerian international stated that thanked Napoli for always believing in him and promise to score more goals.

“I’m happy for myself and the team. We played well as a team, even when we went two goals down, we kept playing as a team. ”

“I don’t want to set an objective. The club always believed in me, starting with these two goals is certainly important and I want to continue like this.

“I have everything to give to Napoli, I want to stay healthy, avoid injuries and one step at a time we can together achieve our targets ” He concluded.