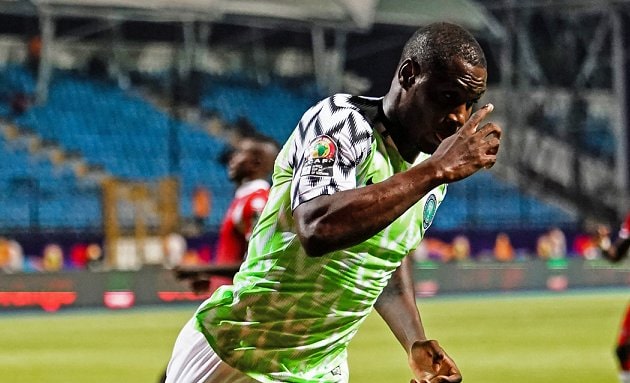 Former Super Eagles striker Odion Ighalo says he is thinking about returning to the national team but wants to concentrate on his Manchester United role at the moment.

The former Watford man made this known while speaking exclusively to Brila FM from his base in Manchester on Thursday.

Ighalo retired from the Super Eagles after the 2019 African cup of Nations in Egypt where he helped Nigeria finished third behind Algeria and Senegal.

The 31-year-old, who recently extended his loan spell with United until January, said he decided to leave the national team because of the difficulty of traveling from China.

“I am still in contact with Gernot Rohr and Amaju Pinnick, and they congratulated me on my loan deal.

“I am still thinking about returning to the national team, but right now I want to concentrate on my club career.

“I left the national team because of the distance between Nigeria and China, but now that I am in Manchester and just like life and in my career, you never can tell”, he told Brila FM.