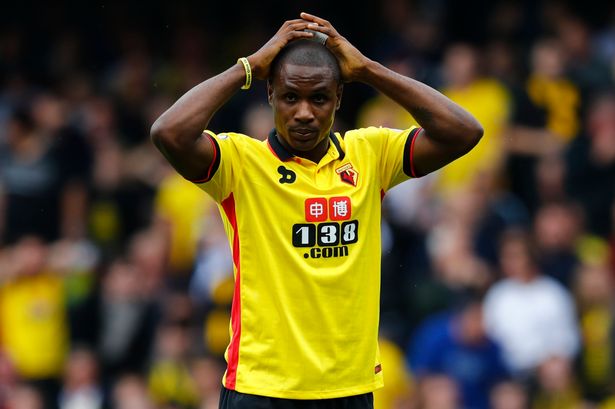 Ex-Super Eagles’ striker and Manchester United's new signing, Odion Ighalo will not attend the club's training camp in Spain over fears he will be barred from returning to the UK over coronovirus threat.

UK immigration are reportedly tightening border restrictions after the World Health Organisation upgraded the disease to a global emergency.

Ighalo joined Man United from Chinese side Shanghai Shenhua on loan until the end of the season.

Right now, border control is monitoring all persons who have come into the country from China in the last 14 days, of which Ighalo is one of them.

“Odion will stay in Manchester because he arrived from China in the last 14 days,“ manager Ole Gunnar Solskjaer said.

”Because of the situation in China, we’re not sure if he’d be allowed back into England if he leaves the country again, so he’s staying here working with a personal coach, individual programme and his family then can settle in England as well. That’s a plus.

“Of course he might have liked to have come with the players and got to know them, but the risk, we don’t want to take that.”