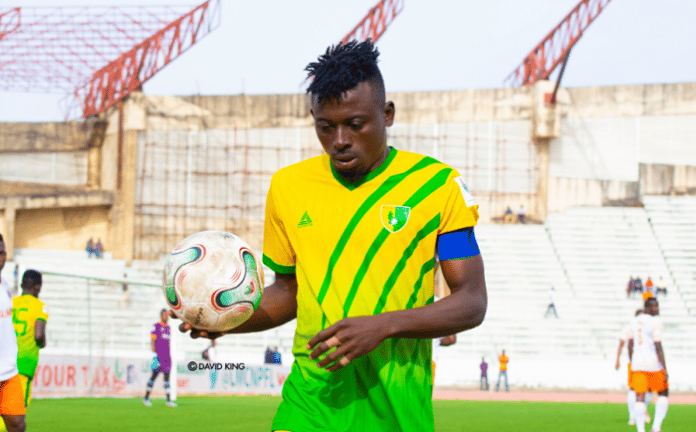 Plateau United captain, Daniel Itodo has charged his teammates to bounce back from their NPFL match-day one blip at home by going all out against Bendel Insurance in their second game of the season on Thursday.

The Jos side had to fight back from two goals down on Sunday to salvage a 3-3 draw against 3SC in front of their impatient fans at the New Jos Stadium.

“We didn’t wish the draw upon ourselves. We found ourselves in a situation where we just had to dig in and salvage something. But we’ll pick up the ball and claw back those points on Wednesday in Benin against Bendel Insurance,” Itodo told the club’s media team.

Plateau United finished second in the league last season, and they must reignite their campaign as soon as possible if they want to pick up a Super Six spot at the end of the abridged season.

Akwa United head coach, Deji Ayeni, is keen to get the first win of the 2022/23 Nigeria Professional Football League after his team suffered a defeat to the newly promoted Bendel Insurance in their first game of the season.

The Promise Keepers will face Enyimba on Wednesday (today) at the Enyimba International Stadium, Aba as they look to get a win in their second fixture of the new campaign.

Enyimba on the other hand won their first game with a 2-1 victory at Nasarawa United.

Ayeni said Akwa United would need to play with focus if they want to get back to winning ways in this game.