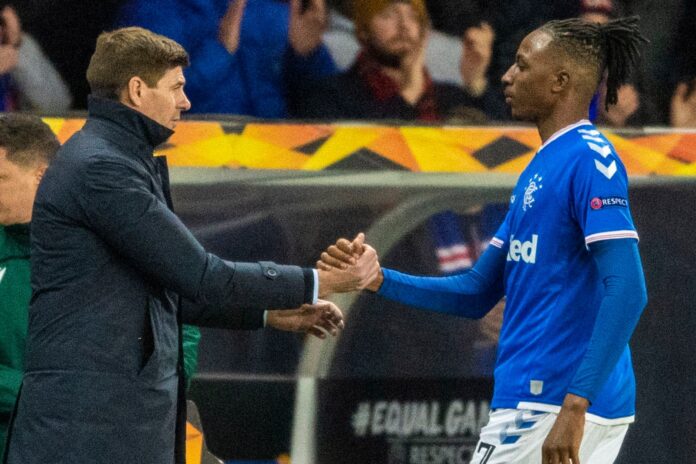 Joe Aribo has had an excellent stint at Rangers, but his stay at the Scottish club could soon be over.

It is not unusual for a coach at a new club to bring a couple of players he has worked with to the side. Examples are rife of coaches who joined a new club then proceeded to raid their former side.

For managers, the motive behind signing former wards is to have players they trust and can help them bed their style quicker at the new club. It is a concept that has particularly gotten more common over the past decade.

Steven Gerrard, who just joined Aston Villa, is believed to toe this line and the player tipped to join him at Villa Park is Nigerian midfielder Joe Aribo.

Following a spate of poor results, Aston Villa wielded the big stick sacking their manager Dean Smith. The club expected more after a summer of player investment to the team. The injection of more players should follow the signing of a new manager.

If Steven Gerrard goes back to his former club for some shopping Joe Aribo should be top of his list. Big strong 6'2' midfielder, play him in the position currently occupied by that massively overrated ponce Luiz. #UTV pic.twitter.com/NFHLoArkPk

In 2019, Gerrard convinced former Charlton Athletic midfielder Aribo to join him at Rangers despite Premier League and top-flight clubs in Europe showing interest in him.

Crystal Palace was one of the destinations mentioned as a landing spot for Aribo, and it looks like Gerrard will beat all-comers to the signature of the Nigerian star once again.

Pressed for his thoughts of any Rangers player joining Steven Gerrard at Aston Villa, McAvennie agreed it was an immense possibility. He told Football Insider that there were a few players who could join Aston Villa. He claimed he would be surprised if at least one Rangers player did not join Gerrard at Villa Park.

McAvennie said he has taken a look at the Rangers squad and agrees there are a few players good enough to move to the English Premier League, but for him, Joe Aribo stands out as the most likely.

McAvennie said Aribo is young, and his talent will do him well in the Premiership. He put a figure to the player transfer, insisting that £10 million would be enough to take him to Aston Villa. McAvennie believes £10 million is a good deal for the Nigerian star.

Aribo, who put in a decent shift for the Super Eagles over the weekend as they triumphed 2-0 over Liberia in a 2022 World Cup qualifier, excelled under Steven Gerrard.

The midfielder has been at Rangers since 2019, where he scored 20 goals with 18 assists from 113 appearances cutting across all competitions.