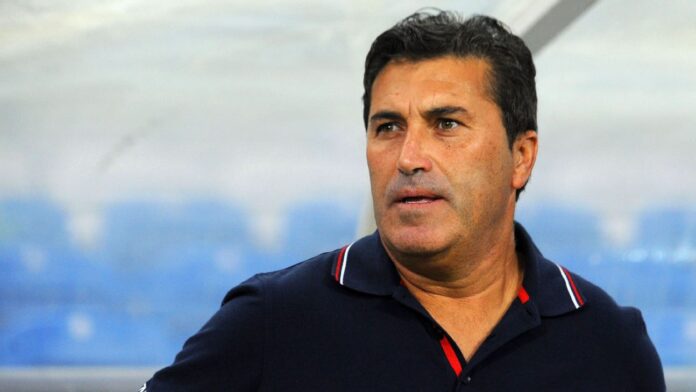 The NFF has announced a new coach to replace Gernot Rohr permanently.

Jose Peseiro will resume his position after the Africa Cup of Nations in Cameroon.

The Africa Cup of Nations (AFCON) is just a few days away, and the Super Eagles will fly Nigeria’s flag at the tournament. Despite players yet to arrive camp on Wednesday, all plans for the team will go on as planned.

The affairs of the Super Eagles has bothered many Nigerians. They were unimpressed by their performance during the World Cup qualifiers. The cry of the fans eventually forced the hands of the Nigeria Football Federation (NFF) to fire Gernot Rohr. Former Super Eagles defender Augustine Eguavoen was assigned the position on an interim basis.

The NFF has continued to manage the Super Eagles with an almost total disregard for the fans.

Many have pondered whether Eguavoen would eventually get the job permanently. The federation even insulted the fans intelligence when it flew a kite suggesting Jose Mourinho was up for the Super Eagles job.

With AFCON just around the corner, the NFF has put to bed all the questions concerning the Super Eagles manager.

It is now clear that Augustine Eguavoen will not manage the Super Eagles beyond the Africa Cup of Nations. While heading the team in an interim capacity, the NFF has announced a permanent replacement to fill the position.

After leading the country on a guessing competition, the Nigeria Football Federation (NFF) has appointed a new coach for the Super Eagles. The federation announced the appointment of Portuguese tactician Jose Peseiro as the next Super Eagles manager.

The NFF announced the appointment of Jose Peseiro in a memo broadcast on Wednesday evening.

What the memo says

According to the statement released by the NFF, Mr Jose Peseiro is the new Head Coach of the Super Eagles. The appointment of the Portuguese came after careful consideration of a memo the Chairman of the Technical and Development Sub-Committee Ahmed Yusuf Fresh presented. The Executive Committee based its decision on this memo and approved the proposal.
The committee also stated that Augustine Eguavoen continues as interim coach. He will lead the Super Eagles to AFCON in Cameroon. Mr Peseiro will also be part of the team in Cameroon but will only act as an observer.

Once the AFCON is over, Eguavoen will return to his previous position as Technical Director. With Peseiro and Eguavoen set to work together after the competition, the committee was in agreement that AFCON presents a viable opportunity for Peseiro to start a working relationship with Eguavoen.

Peseiro has a pressing issue on his hands. The Portuguese has an assignment already on the ground for him. He has to ensure that the Super Eagles qualify for the World Cup in Qatar next year.

Peseiro was the former manager of the Venezuelan national team, a position he left due to unpaid wages. He has also managed the biggest clubs in Portugal, namely Porto, Sporting Lisbon (2x) and Braga. The 61-year-old also worked with Carlos Quieroz as an assistant at Real Madrid between 2003-2004.