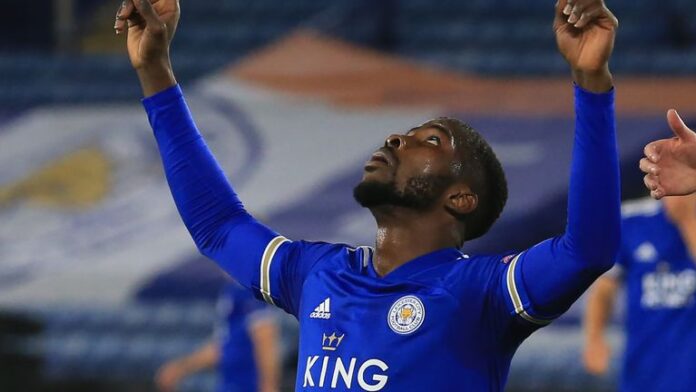 You know that saying that even a dead clock is always right twice a day? That is the case with Kelechi Promise Iheanacho.

Like it or not, he was once the bride of Nigerian football – whatever happened along the line is a story for another article.

In this Kelechi Iheanacho biography, I’m not going to take you through his profile only, you’ll learn of his personal life and other interesting stuff about this Nigerian professional footballer.

Iheanacho was born October 3, 1996, in his hometown/village of Obogwe, Imo State, Nigeria. That puts his age currently at 24.

His parents were James Iheanacho and Mercy Iheanacho of blessed memory.

He is the third born in his family and the last son of four siblings comprising three boys and a girl.

His sister Chibless is a fashionista and very active on social media.

And his rumoured brother Chibuike has been a source of a stir on whether he is actually his son, given the 10-year-old could not have been born since Iheanacho lost his mom in 2013.

Iheanacho was so good right from his days in Owerri when he represented Taye Academy that he got to play for Nigeria in the 2013 FIFA U-17 World Cup.

I think I should mention here that his mother died two months before that tournament in Morocco. Expectedly, his performance led to interest from clubs in Europe.

And eventually, he settled to sign for Manchester City in December 2012.

Although what he signed was a pre-contract agreement that allowed him to formally sign for City on his 18th birthday in October 2014.

Even the Confederation of African Football (CAF) named him the Most Promising Talent of the Year for 2013 at the CAF Awards.

And so, Iheanacho finally joined Manchester City's Academy on 10 January 2015 but began to represent Manchester City at both youth and under-21 level in the latter part of the season.

Due to his impressive pre-season, Iheanacho was promoted to the Manchester City senior squad in the 2015–16 season.

Nothing good lasts forever and so Iheanacho had to move to Leicester City on a five-year contract on 3 August 2017 for a reported £25 million fee.

Kelechi rarely gets playtime at Leicester as he is made to regularly comes on as a support striker for Jamie Vardy.

Ayoze Perez is another player Leicester boss Brendan Rodgers relies on as a cover.

After winning the Golden Ball award (scoring six times and providing seven assists) for player of the 2013 FIFA U-17 World Cup tournament, which Nigeria won, by the way, Iheanacho made his way into the Nigeria senior national team in a 2014 FIFA World Cup qualifying match against eSwatini as a substitute.

His performances got him named by Super Eagles coach Genort Rohr in Nigeria’s preliminary 30 man squad for the 2018 World Cup in Russia.

He has a house in Manchester worth $2.4million(₦970 million) and a mansion in Lagos approximately worth $2.8 million (₦1.07 billion)

While there are lots of rumour about Iheanacho been married, there is no verified source on this.

He was once linked to one Miss Amaka, a lady he allegedly dated for five years.

Nacho has also been linked to ex BBNaija star Nina and, more recently, to Chloe, another ex –BBNaija personality.

His current Leicester deal earns him a yearly salary of $3.7 million(₦1.4 billion), with its estimated worth at $25.2 million(₦9.6 billion).