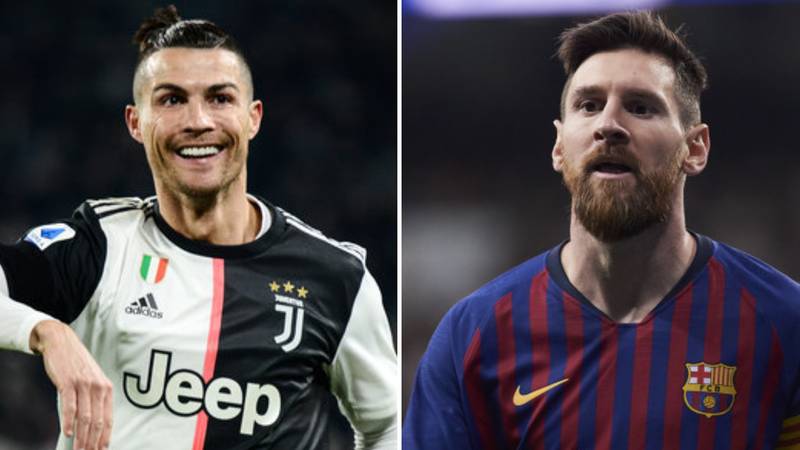 It appears the Lionel Messi vs Cristiano Ronaldo debate may have been settled once and for all with the most in-depth Twitter thread yet.

The Barcelona captain and Juventus superstar have dominated world football for years and are widely revered as the greatest players of all-time.

Fans have compared the duo for years and this thread from @FootyThreads_ may have provided the true answer to who the better player is.

Some fans show bias to one player over another due to personality, which is the opposite of what the thread does.

What follows is a breakdown of ‘modern and simple metrics' that means you ‘can't argue that Cristiano Ronaldo is a better footballer than Lionel Messi.'

See highlights of the thread below. 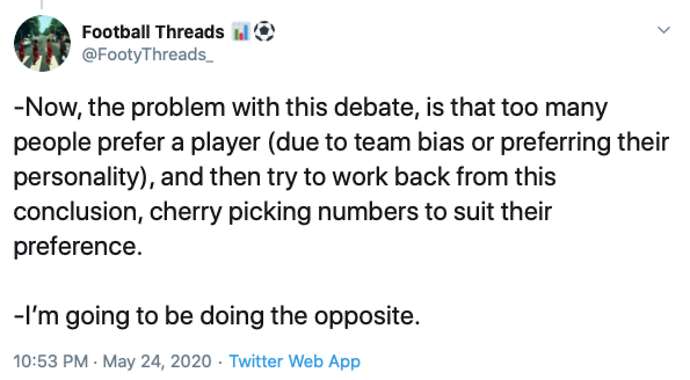 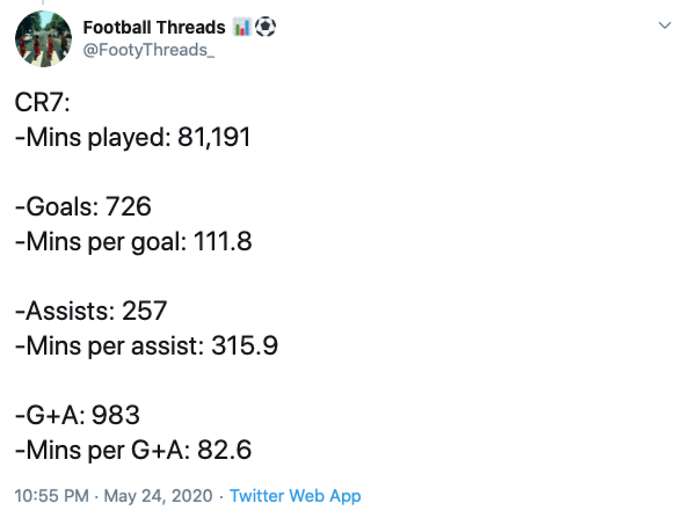 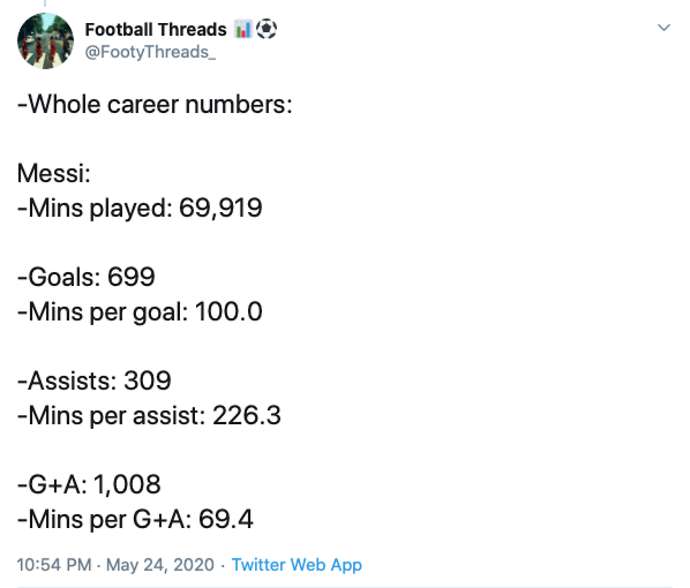 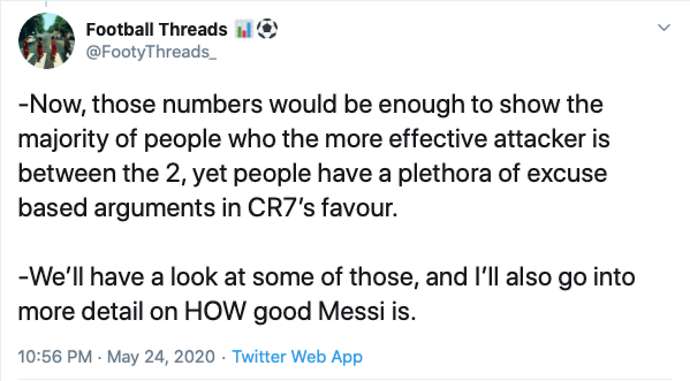 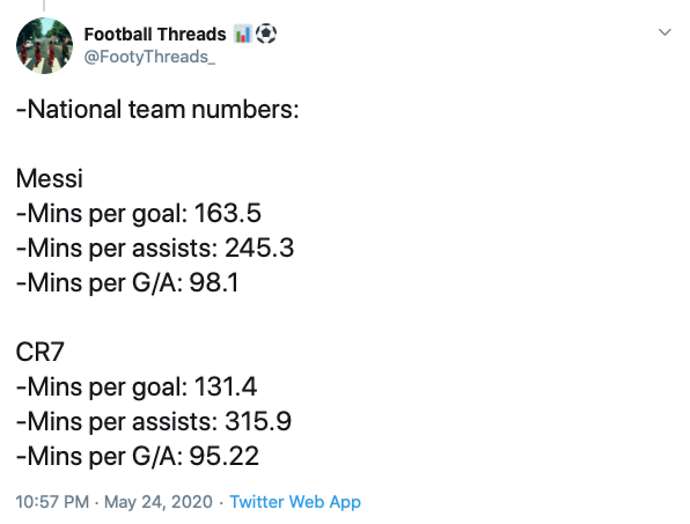 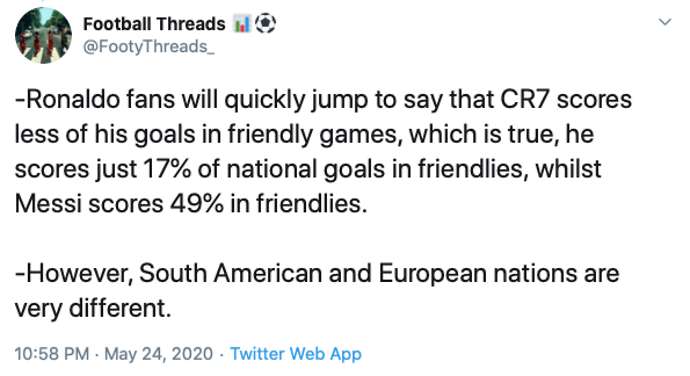 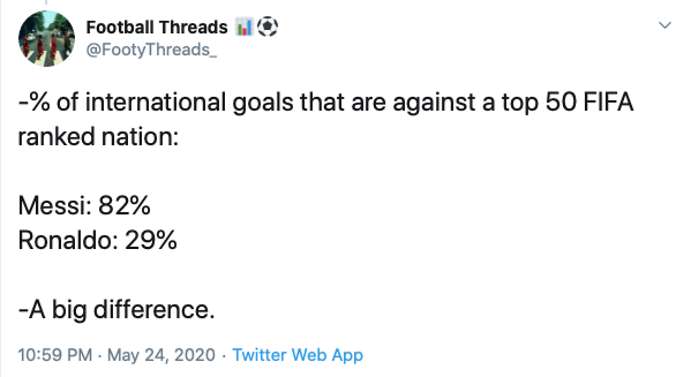 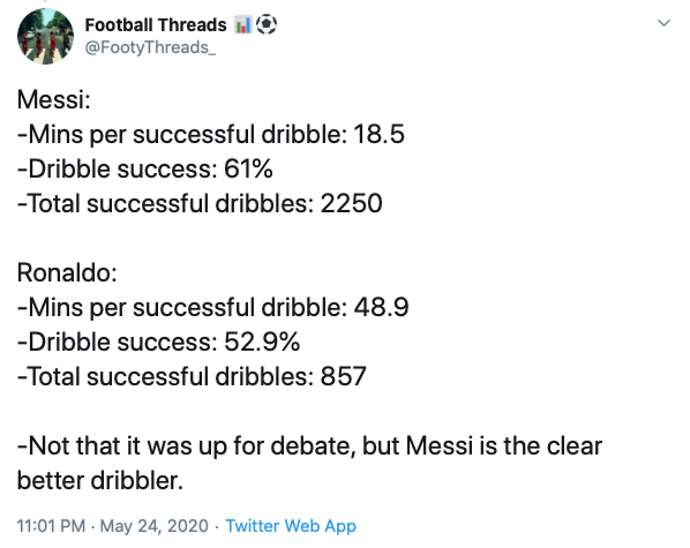 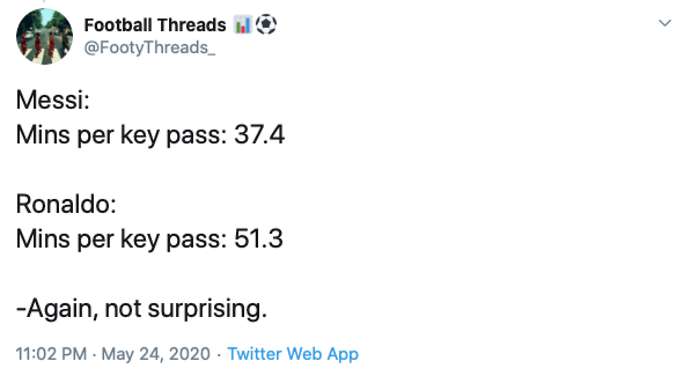 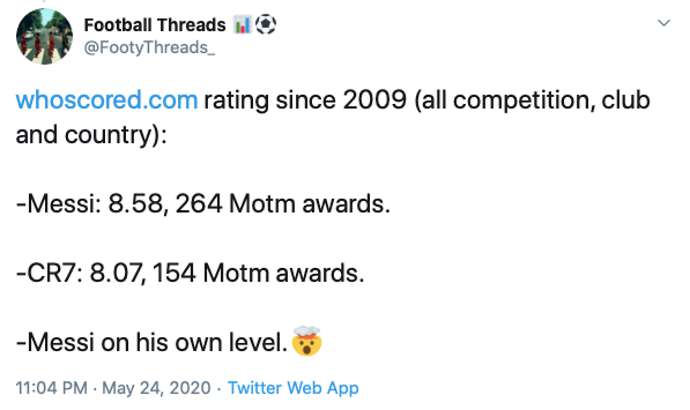 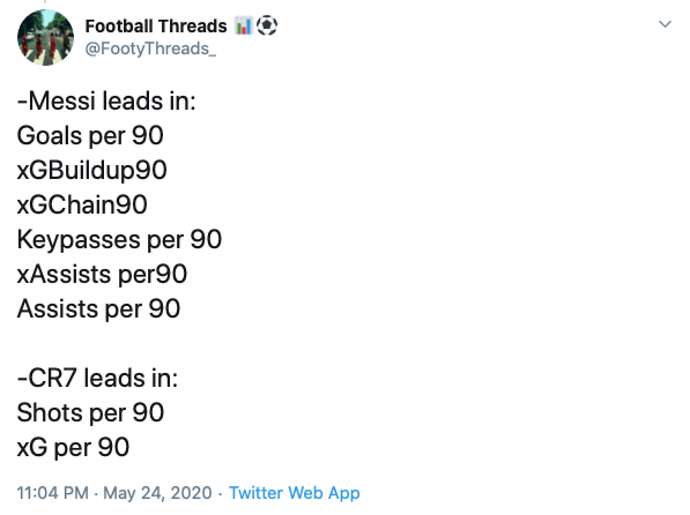 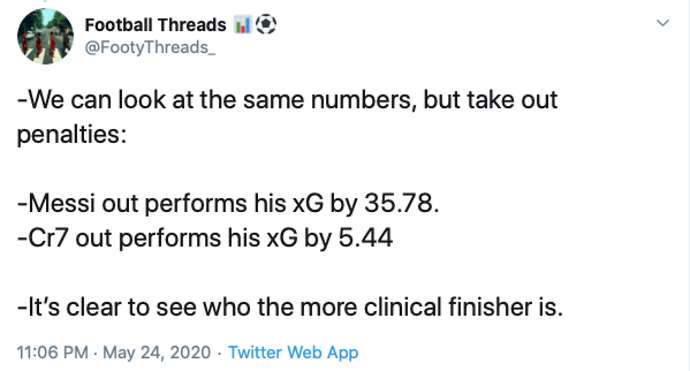 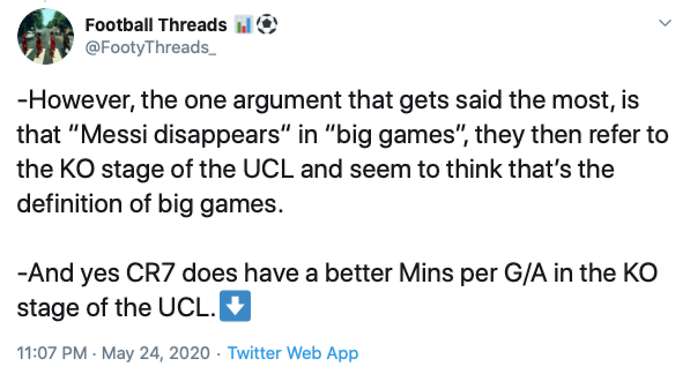 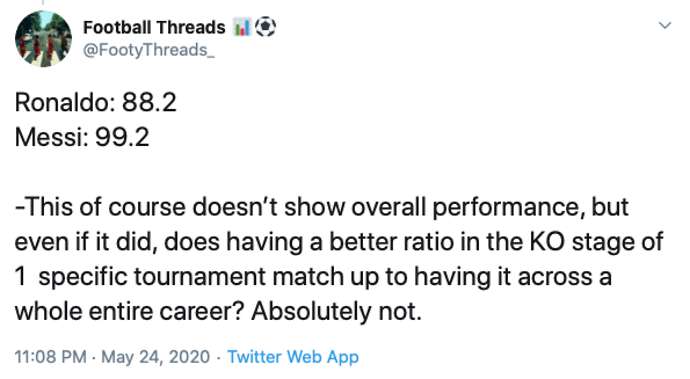 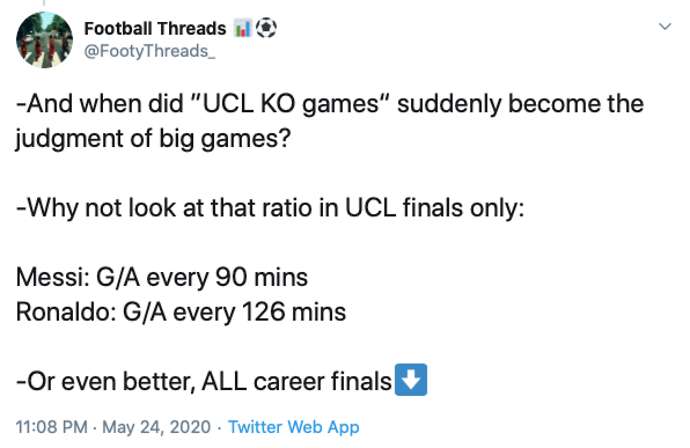 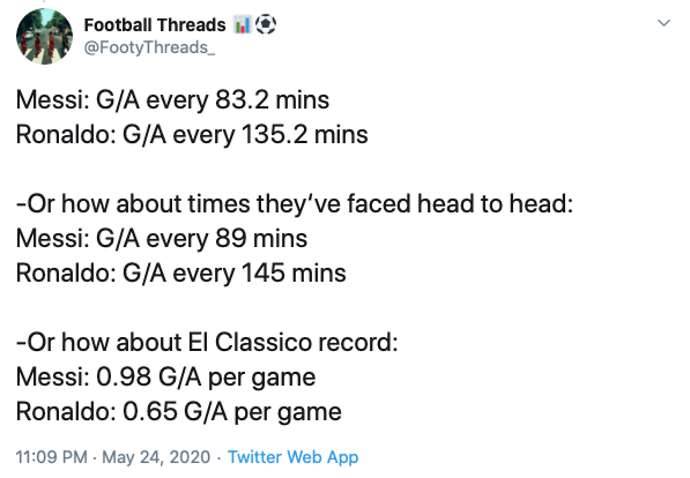 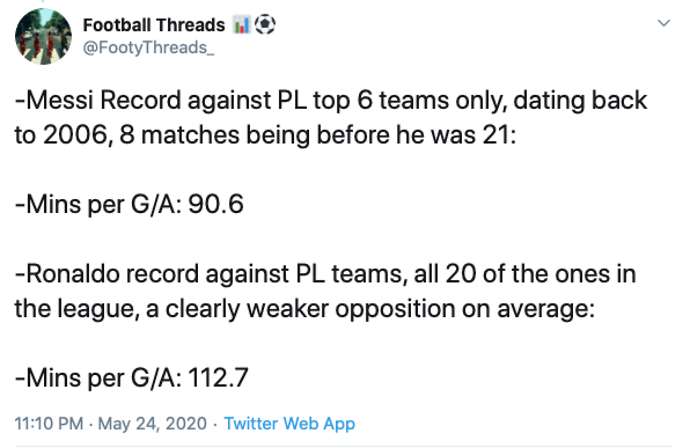 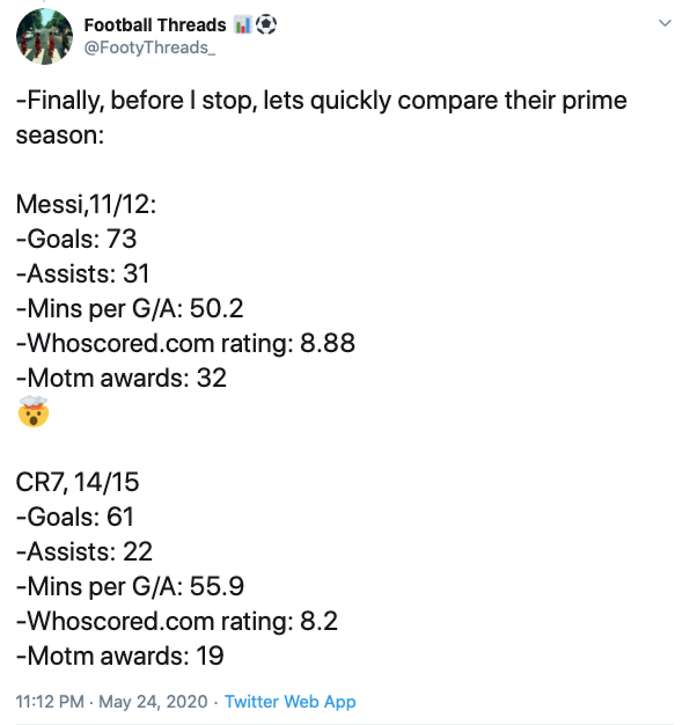 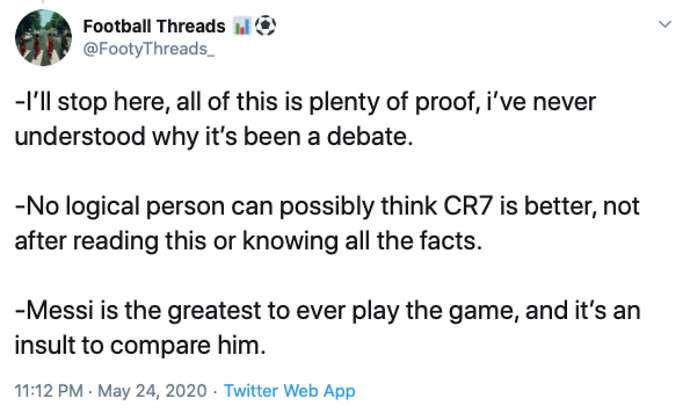 Do you think the debate is settled?