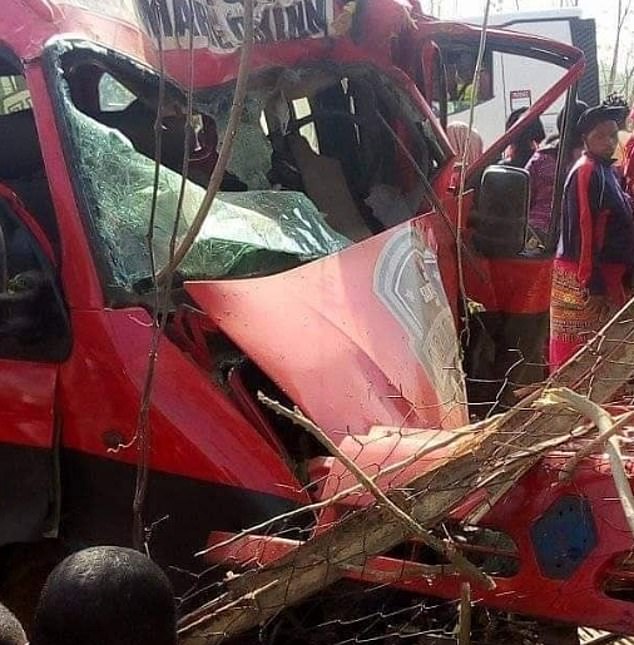 A total of eight footballers from Guinean second division side Etoile de Guinee have died when their team bus crashed on its way to a league game on Thursday, according to a statement released by the Guinean Professional Football League (LGFP) seen by ESPN said.

Despite originally being named among the nine deceased players, sources have informed ESPN that Almamy Keita, the cousin of Liverpool midfielder Naby Keita, is not among the dead and has been transported to hospital in Kipe outside the Guinean capital of Conakry.

The accident took place at Timbo, in the prefecture of Mamou, with the 27-man Etoile de Guinee delegation having travelled together approximately 250 kilometres from the capital on a 650 km journey towards Kankan for their league opener against Karifamoriah FC.

The statement from the ministry said that the bus collided with a tree after “skidding due to speeding.”

The LGFP thanked national president Alpha Conde for “taking charge of the transporting of bodies and of the injured to Conkary,” and also paid tribute to the regional and religious authorities of Mamou for their help.

Liverpool's Keita was one of several high-profile Guinean players to express sadness at the tragedy.

“My sincere condolences to the team Etoile de Guinee and to Guinean football,” he wrote on Instagram. “May their spirits rest in peace. What sadness.”

“All our condolences to the Etoile de Guinee club and to the families of players and supervisors,” added Florentin Pogba, brother of Manchester United's Paul. “This tragedy is heavy.”