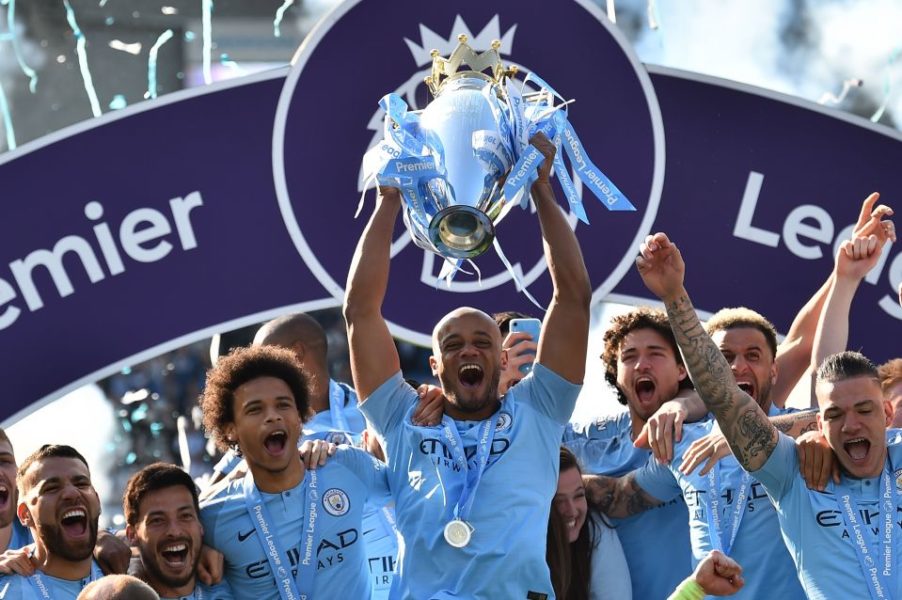 Manchester City is a strong title favourite in the leadup to the 2019-20 English Premier League season.

With just a few weeks to go till the season kicks off, City has a big lead over Liverpool in the betting odds. Man City pipped Liverpool for the title on the final day of the 2018-19 EPL season and it appears these two teams will again battle it out for honours in 2019-20.

Man City in the Lead in Latest EPL Betting Odds

According to the latest odds from Betfair, it’s Man City, then Liverpool, then daylight. Manchester City is paying 1.61 in EPL title betting, ahead of Liverpool 3.30.

Betfair also has a market called “straight forecast” where fans can specify who finishes first and who finishes second. The two most likely combos are 1st Man City / 2nd Liverpool, 2.20, and followed by 1st Liverpool / 2nd Man City, 4.20.

Now is the time to get all the best odds on the upcoming Premier League season. Click here to discover where you can find all the bonus offers from Betfair.

Think Manchester City can win multiple trophies in the 2019-20 English and European football seasons? Betfair has a range of betting markets for that, too. Man City fans can bet on 12 different trophy combinations involving the English Premier League, FA Cup, EFL Cup, and UEFA Champions League.

Manchester City have been the dominant team in the Premier League in the last decade but have yet to win a trophy in the Champions League.

While the domestic title is always important, a priority for City this year will be to win Europe. This is all the more important for City given that English rival Liverpool won the Champions League title last season.

Realistically, City could win the treble if it sacrifices the EFL Cup. Therefore, there’s good value in the English Premier League & Champions League & FA Cup combination, which is paying 36.00 at Betfair.

Such is Man City’s dominance that it even has three of the top 10 players in Betfair’s “top goalscorer” market.

As with other betting markets, pre-season is generally the best time to get good odds. Once the season begins, odds can change dramatically based on each player’s form.