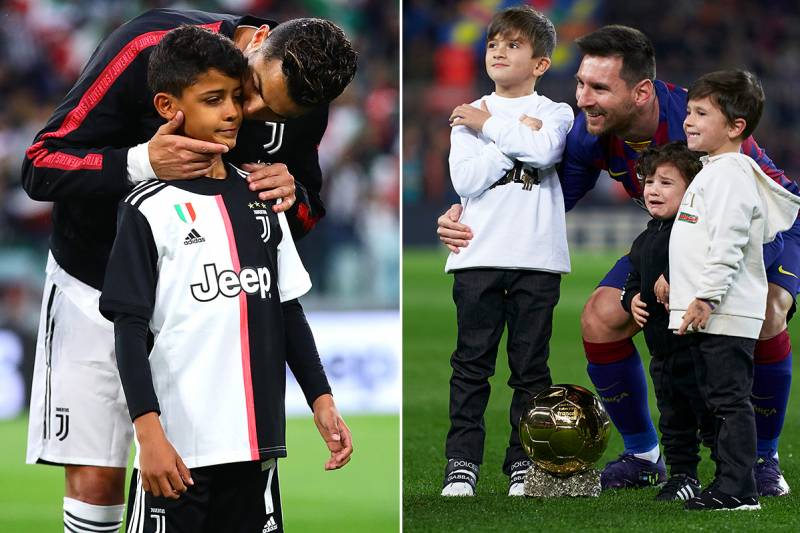 Lionel Messi says his son Thiago regularly is always talking about six footballers, one of which is his long-time rival, Cristiano Ronaldo.

The seven-year old is a big football fan of Ronaldo, as well as Luis Suarez, Antoine Griezmann, Arturo Vidal, Kylian Mbappe and Neymar.

In an in-depth interview with Mundo Deportivo, Messi said: “He talks a lot about Luis [Suarez], with whom we have the best relationship, about [Antoine] Griezmann and Arturo [Vidal] since the first day because of his hair and all that.

“Also about people from outside, [Kylian] Mbappe, Cristiano [Ronaldo], Neymar.

“Yeah, Thiago knows them all, he asks questions and likes it a lot.”

Thiago turns out for the Barcelona youth team and he, along with middle child Mateo, are taking an active interest in the game regularly.

The six-time Ballon d'Or winner added: “The two older ones are showing more dedication to the ball Thiago and Mateo are the ones that understand the most.

“They come to the pitch and training sessions and are usually close to me.”

The Barcelona captain revealed one time that Thiago is actually his biggest critic.