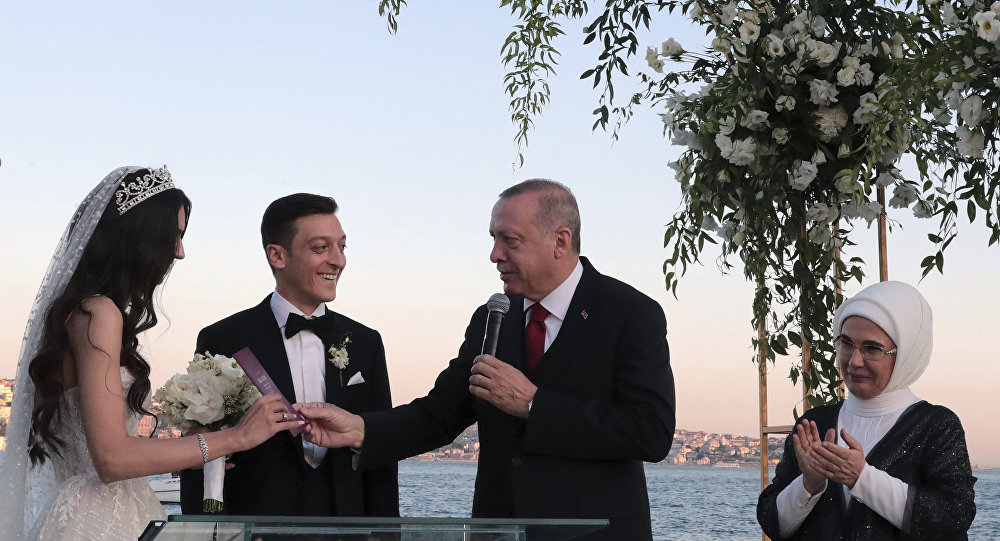 Mesut Ozil, who quit the German national team following a backlash over a photo-op with the Turkish president, widely criticised in Germany for his domestic policies, invited him to his marriage.

Images and videos of the Turkish first couple, standing smiling next to the footballer and his bride during the ceremony against the backdrop of the Bosphorus, spread online prompting a backlash on social media.

​His public support for the Turkish president has already impacted the course of Ozil’s career.

According to France 24, Erdogan’s appearance at Ozil’s wedding is by no means a one-off experience as the Turkish president often graces the ceremonies of local celebrities.

Notably, Ozil’s came ahead of a mayoral election in Istanbul.