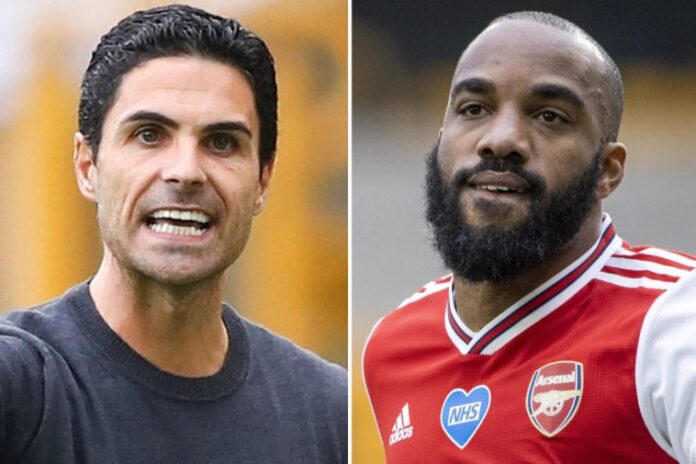 The French forward is contracted at the Emirates until 2022 after joining from Lyon 2017, but there has been speculation over Lacazette's future.

“At the moment, we haven't started any negotiations,” Arteta said. “We have a lot of things still to do in this market and at the moment we are focusing on those things.

“He's a player I'm really happy with. I think we've shown him a lot of faith since I arrived here.

“But we cannot start any speculation. We know that any player who is under two years of their contract is always going to be talked about.”

Speaking after Gunners’ 3-0 win against Fulham last week, Lacazette, 29, stressed he was happy at the Emirates and is determined to help fire the club to success this season.