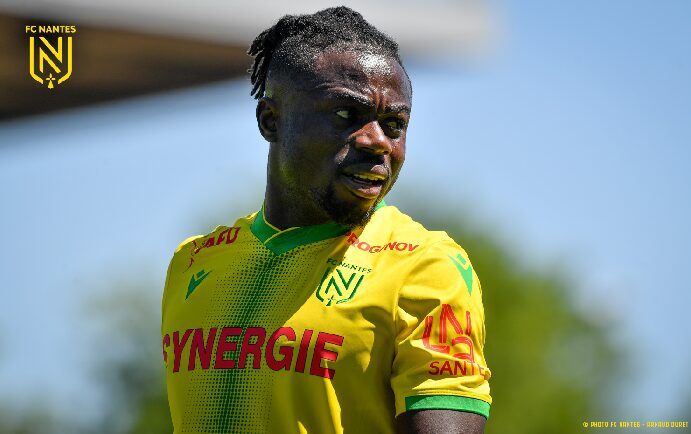 Super Eagles winger, Moses Simon has been award the Nantes Player of the Award for the second straight month.

The 26-year old Simon emerged winner with a total of 53.23 percent of the total votes cast by the fans of the Canaries.

The Nigerian was announced as the winner of the award on Nantes' website on Thursday after also claiming the August award.

While announcing on the club's official website, Nantes wrote:  “You have named Moses Simon the ‘Canary of the Month’ for the month of September!”

“With 53.23 percent of the votes, Moses Simon is, therefore, your Canary of the Month for the month of September! After August, he is elected again by you, supporters of the Yellow and Green.”

“Provider of five assists and a goal during the trip to Reims last week, the Nigerian is one of the men in form at the start of the championship on the Nantes side!”

Simon is among the latest players invited by Super Eagles coach Gernot Rohr for the upcoming World Cup qualifiers against the Central African Republic.