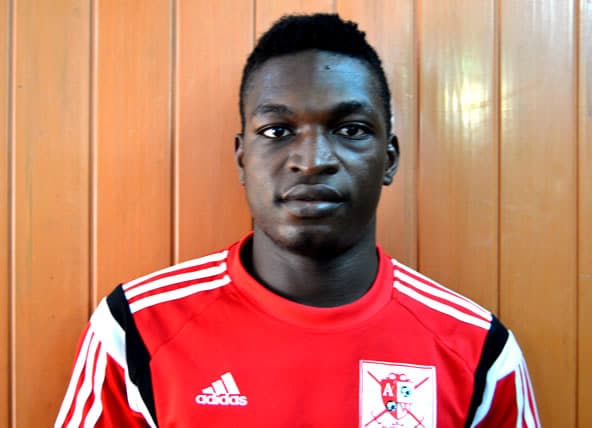 Ndifreke Effiong has reacted to his call up to the Super Eagles of Nigeria for the injured Chelsea loanee Ola Aina.

The Akwa United's utility footballer's contingency call-up was announced by the Nigeria Football Federation on Sunday after Torino's Aina was reported injured by his Serie A club.

With five goals and two assists for Akwa United in the Nigeria Professional Football League, the 20-year-old has said the call-up was completely unexpected but gives glory to God.

“To be sincere, I never expected the call-up,” he said to Blue Print.

“This is my first invitation to the Super Eagles and I give God the glory. Hard work pays.

“This is an opportunity to make a statement for me. I am not new in the national set-up having played at the Olympics, U23 AFCON and the All Africa Games.”

Effiong also took comfort in knowing some of the players he will be camping with in the national team.

“I know several players in the Super Eagles like Ogenekaro Etebo, Victor Osimhen, and William Ekong, so it is not going to be strange for me in camp in Asaba,” Ndifreke Effiong concluded.

Nigeria face Seychelles in a 2019 AFCON qualifier on Friday and will play Egypt in an international friendly next Tuesday.