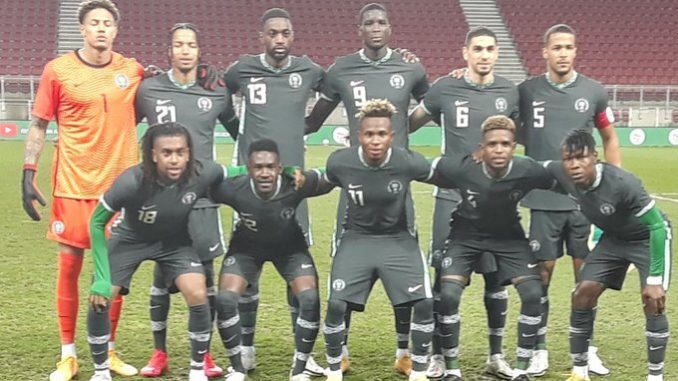 Felix Owolabi has expressed disappointment at the colour of the Super Eagles’ new jerseys, which were worn during the two friendly matches played against Algeria and Tunisia.

The former Nigeria international says that the green does not represent the true colour of the country’s national flag.

Nigeria will file out against Sierra Leone in the Africa Cup of Nations qualifiers on November 13 in Benin City, Edo State, and the reverse match slated for the Siaka Stevens Stadium, Freetown, on November 17.

Gernot Rohr's men are expected to wear the newly designed jerseys by Nike.

“I remember in my days at the Shooting Stars, when somebody offered to partner with us and we told him to bring samples of jerseys he wants to present to the club.

“When the man brought the designs, it took an illiterate but intelligent elderly man fan of the club to tell the sponsor that the colour of the jerseys he brought were not true colours of Shooting Stars, deep sky blue.

“Even the jersey worn by the Eagles’ goalkeeper has always been yellow until when Vincent Enyeama came and we started seeing our goalkeepers wearing red. Red as we know stands for danger, so, why would you put your goalkeepers under danger?

“As funny as that may sound, but that is the truth,” he said, adding that it still pains him that no domestic player will be involved in the qualifiers.

Whether or not that green colour in Super Eagles jersey is changed remain to be seen.