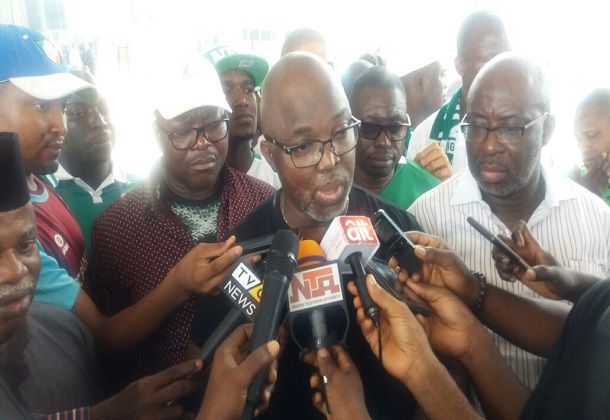 The Nigeria Football Federation, NFF has announced its intention to in the next few months begin hunting for substantive coaches for some national teams.

According to NFF General Secretary, Sanusi Mohammed, while speaking on 95.1 Nigeria Info FM, Abuja, urged Nigerians to be patient with the NFF as the advertisements for the vacancies will soon be out.

It will be noted that the Super Falcons is without a substantive coach while the women U-20 and U-17 teams are without coaches who have also ended their assignments.

In the same vein, the failure of the male U-23, U-20, and U-17 teams to qualify for the competitions entered for have put the fate of the handlers in an uncertain position.

“All those positions where the coach’s contracts have come to an end will be advertised.

‘’As a matter of fact, the advertisement process is on the way and we have employed the services of a private firm that will conduct the screening and interview,” he said.

The Super Falcons was led by Coach Chris Danjuma who also doubled as the coach of the women U-20 team.

The male U-23 team was managed by Coach Imama Amapakabo while the U-20 was coached by Paul Aigbogun. See every other past Nigeria national team coaches here.

Meanwhile, the renewal of the Super Eagles coach, Gernot Rohr’s contract lies in the hands of NFF’s technical committee members according to Sanusi.

‘’If you want to know whether the Super Eagles coach will be sacked or not, you should ask the technical department or the technical committee,” he said.