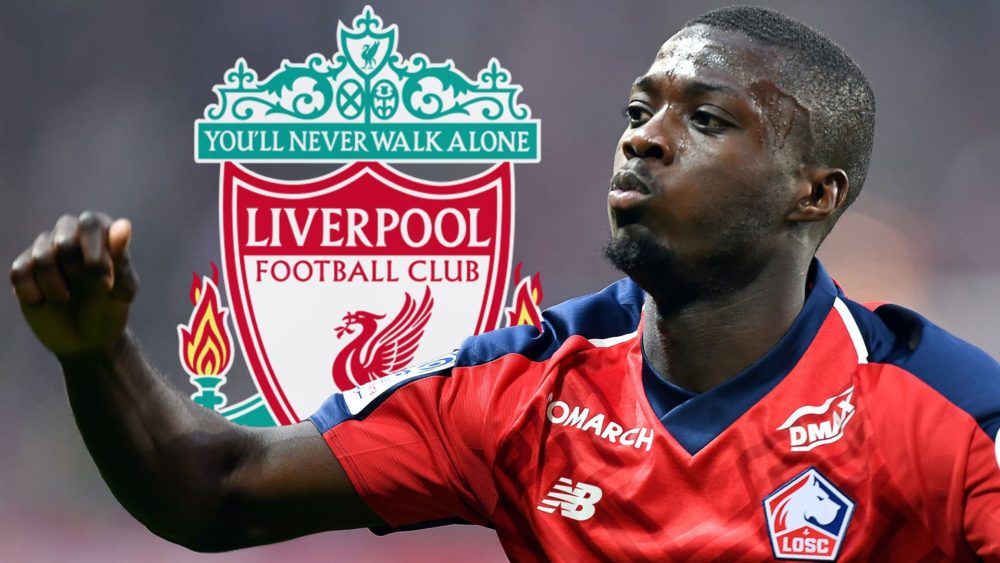 According to the newest reports from French media, Liverpool’s effort to sign Lille winger Nicolas Pepe is ‘gaining momentum’.

The Reds have “been in contact” with Pepe’s agent and have reportedly put forward a bid for the Ivorian.

“From what I’ve been told, Liverpool have been in contact with Pepe’s agent to discuss a deal,” journalist Duncan Castles told The Transfer Window podcast.

“Lille have been very clear he’s available for sale and the asking price is €80m (£70m).

“They would love to have a bid come in from Liverpool and United to get an auction going.”

As per French publication Le10Sport, the Red's bid for Pepe was rejected, although the value of the offer remains a puzzle.

Lille seem to be playing a waiting game because the report says they have received two other bids from unnamed clubs.

With Manchester United and PSG also interested, a bidding battle could still ignite.

Interestingly, the report also alleges that Jurgen Klopp rates Pepe so highly that he is ready to sacrifice Mohamed Salah for the cause.

Klopp ‘loves’ Pepe to the extent that he is ready to upset the friendly atmosphere in the Anfield dressing room following Liverpool's Champions League win.

Salah has been speculatively linked with a mega-money move abroad in recent transfer windows, and it looks like the German would sell if the right offer came in.