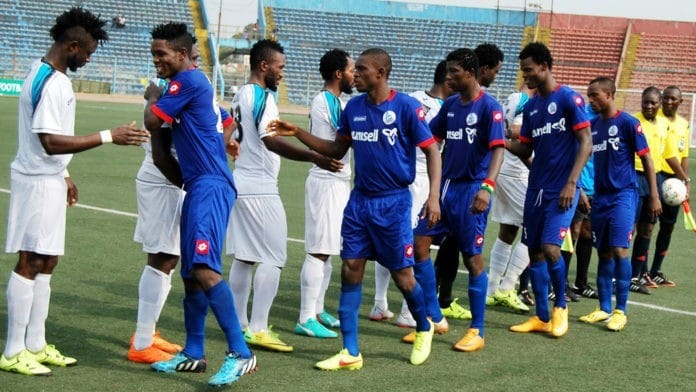 Those questions are often on the lips of Nigeria League followers.

I did some research into who is the highest paid in Nigeria League, and I came up with the following data I put up in this piece of article.

Now come with me and let's go find out who is the highest-paid player in Nigeria League?!

The Nigerian Football League is one of the most popular leagues in Africa which is mostly due to the fact that a considerable number of Nigerians love and live for the game of football.

In the past, the Nigerian Football League had promised nothing good with stories of unpaid salaries, poor funding, and poor welfare for the players and several other problems that plagued the league.

However, there has been a rise in popularity and professionalism in the league due to the presence of several high profile sponsors.

This has led to an increase in the respect accorded to players in the league and also a rise in their earnings.

Below, I now reveal the top 5 Nigeria league highest-paid player.

The former Enyimba star signed for the Port Harcourt based side from the former NPFL champions, Enyimba at a record fee of ₦4 million.

The 32-year-old Afelokhai won the NPFL with Kano Pillars and Enyimba and his experience will become handy as the Rivers United seek to win the league season after season.

Afelokhai was with the People’s Elephant for five years having joined the Aba side from Kano Pillars in December 2015.

He plays the role of a striker for Ifeanyi Ubah FC and he's one of the top scorers in the league.

It was also reported that the player had sought to move to clubs abroad, however, his efforts had been futile which led him to settle in the Nigerian football league for good.

Mohammed is a talented footballer who plays for Kano Pillars FC in the Nigerian Football League and the Nigerian National Football Team.

Playing for these two teams should reflect in his earnings in one way or another, however, his appearances for the Super Eagles have not been consistent.

Mohammed is still able to earn a whopping sum of ₦850,000 every month while playing as a Center Forward for his club.

Namso is notably one of the best defenders in the Nigerian Football League with a terrific performance for his club Akwa United.

He is also one of the few footballers in the league to have graduated from the university.

Being a great defender should increase your market value and earnings which is why Namso receives a large sum of ₦700,000 per month.

Ezenwa is another footballer who plays for Ifeanyi Ubah FC and the only goalkeeper on my Nigeria league highest paid player list.

The goalkeeper has a professional football career which spans over 10 years.

He also features for the Super Eagles of Nigeria but plays majorly for his club.

Ezenwa is a reputable goalkeeper and one of the best in the Nigerian Football League, this makes it reasonable for him to earn a large sum due to his highly rated skills and techniques.

Okpotu is one of the top players and highest goal scorers in the Nigerian Football League.

He has been nominated Striker of the Season and Player of the Year award several times due to his ability to deliver much-needed goals.

Okpotu who plays for Lobi Stars FC receives a monthly wage of ₦400,000.

To wrap up, you should know that these players are mostly experienced players who have been playing in the league for some time.

It would be quite impossible to find a new player earning half of the amount listed above while playing in the Nigerian Football League.

If you think any of these players don't deserve to be listed as one of Nigeria league highest-paid player, do let us know in the comment box.