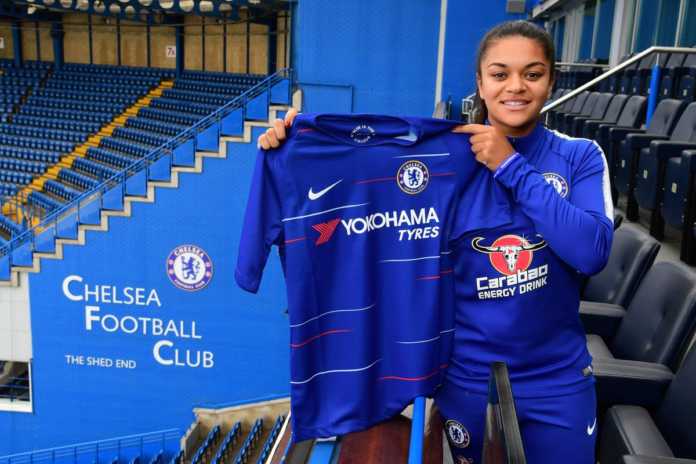 Tushaun Tyreece-Walters has completed an under the radar transfer to non-league club Greenwich Borough Football Club this summer.

The Promising Nigeria winger was amongst the players released by Chelsea at the end of the 2017-2018 season and he has returned to non-league football.

The 18-year-old has impressed since moving to Boro in August and was recently named their player of the month after scoring eight goals in five matches.

The left-footed winger signed for Chelsea from Abbey Rangers in August 2017 and had 13 appearances to his name for the U18 team before he was shown the exit door.

He scored only once for the youth team of Chelsea, against Leicester City in October 2017.

Tyreece-Walters was born in London and is eligible – through his mother  – to represent the Flying Eagles and Dream Team.