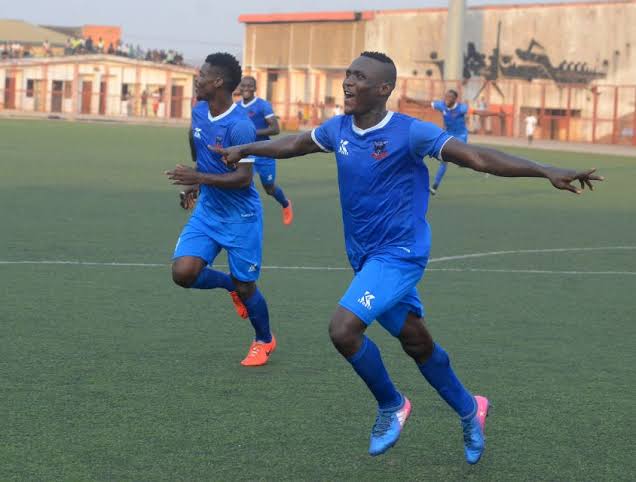 Enugu Rangers have announced the completion of the signing of former Lobi Stars forward, Ossy Martins on a free transfer.

Martins who before now, was with Makurdi based side, Lobi Stars, will be donning the colours of the Flying Antelopes when the 2021/2022 season of the NPFL kicks off.

During his spell with Lobi Stars, he scored 13 goals in 27 appearances for the Pride of Benue.

Ossy Martins is a very direct player who uses pace, power and strength in an almost brutish way to force his way through opposing defenders.

When given the ball, he's capable of making runs on his own, using in physical abilities to get past the defence he comes against.

He's always looking to get on the score sheet and can often be found just outside the six yard box ready to pounce on balls.

Off the ball, Martins is very hard working and is the sort of striker that will defend from the front and try to win the ball back for his side.