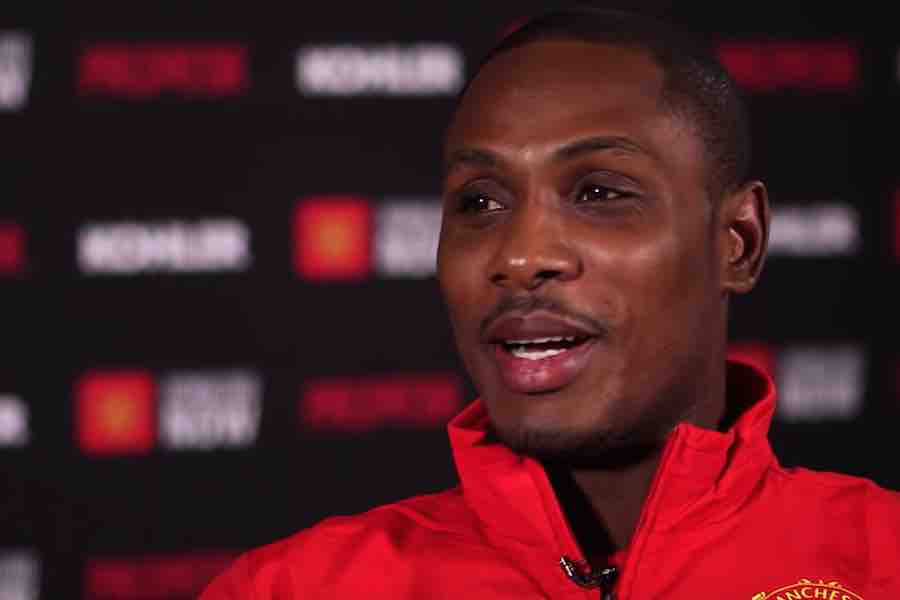 The 30-year-old gave an interview for the first time since joining the Red Devils until the end of the season.

“When we were young back in Nigeria we used to watch the Premier League on TV a lot, when the likes of Andy Cole used to play,” the ex-Watford striker said.

“People support Man United a lot back there in Nigeria, so I developed that love, because all of my siblings, they are Man United fans.

“I never thought this was going to happen, but dreams do come true, so I'm very happy to be here and this is going to be a big and good challenge for me in my career.”

Ighalo will become the first Nigerian to play for United, and was so determined to join Ole Gunnar Solskjaer's side that wages did not come into it.

“A few other clubs had shown interest,” Ighalo said. “I said ‘please, just pick United, if it's going to be possible'.

“At 11pm in Shanghai, my agent called me (to say) that United want to do the deal, so I woke up that night and started looking for a translator to go to the directors' room and hit his door and all that. ‘My agent wants to speak to you, United are coming for me, you have to make this happen' and all that you know.

“So, they started talking and discussing. I didn't sleep throughout that night, because it was going to end at 7am, Shanghai time, and the transfer (window) is going to close there.

“So, from 11pm, there was paperwork, negotiating and all that, for the loan deal and all that, so we are talking and other teams are calling them, wanting me, but I told my agent that this is what I want. I want to come here.

Ighalo's mother was in tears after her son's dream move, while there were parties on the streets he grew up in.

The Nigerian will wear number 25 shirt if he gets to play when United face Chelsea on February 17.

“They have a striker that stays mostly in the middle, because (Anthony) Martial likes to come from the side, even Rashford and all that,” he said, having called injured Rashford “one of the best, if not the best, player in Europe right now”.

“So, you need someone in the middle that can keep the ball, hold the ball, because I've watched so many United games.

“So, they need a physicality there up front to keep the ball, to give and to make some movement, which I believe, if everything goes well, I can add to the team.”

The former Super Eagles striker promised “to add my own path to make sure the season finishes well for United” and could think of nothing better than ending his loan with silverware.

“Wow,” he told MUTV. “I don't know what I'm going to say about that because talking about it is different to when you win it and the emotions, the joy and the happiness that comes.